Started in 2009 by co-owners and founders Tafrine Green and Shantell Barnum-Mosley, Sista Sista Nail Spa is a business pursuit that began when the two became friends through their interactions with each other in the nail technician industry. Barnum-Mosley stated that when she and Green realized that there was, to them, no Black representation in the nail industry, they felt motivated to enter the business themselves. Green and Barnum-Mosley previously had their own salons that each followed a customer-focused business model, so when they found that they both had aspirations to start and operate a Black-owned business, they got together to create a quality experience.

“We discovered that we both had a strong desire to have a Black-owned nail business  [so] that we could share with our clients a different, upgraded experience when getting nail services,” Barnum-Mosley said.

Green, who holds a Masters degree in Industrial/Organizational psychology, has been a nail technician all of her life. Barnum-Mosley got into the nail industry after the early 1990s financial crisis caused her job as a financial advisor to take a hit. Barnum-Mosley stated that these collective experiences as leaders in the corporate world intertwine with their motivation to represent Black culture. She emphasized not only their dedication to making sure clients are not “shuffled in and out of service,” but also their focus on providing them [clients] with nail knowledge and health.

“We educate our clients on how to take care of their nails and skin for the long run. Not just today,” Barnum-Mosley said.

The spa services provided by Sista Sista Nail Spa — including deep tissue, hot stone and Swedish massages, for instance — were not originally part of their business, but it was an organic addition. Barnum-Mosley is a licensed massage therapist, and when she began building her clientele, they were able to place both services in one place. But at their core, Barnum-Mosley said, they are a Black-owned nail salon. To her, the experience of being in a nail salon is a healing one for the Black women who visit them. 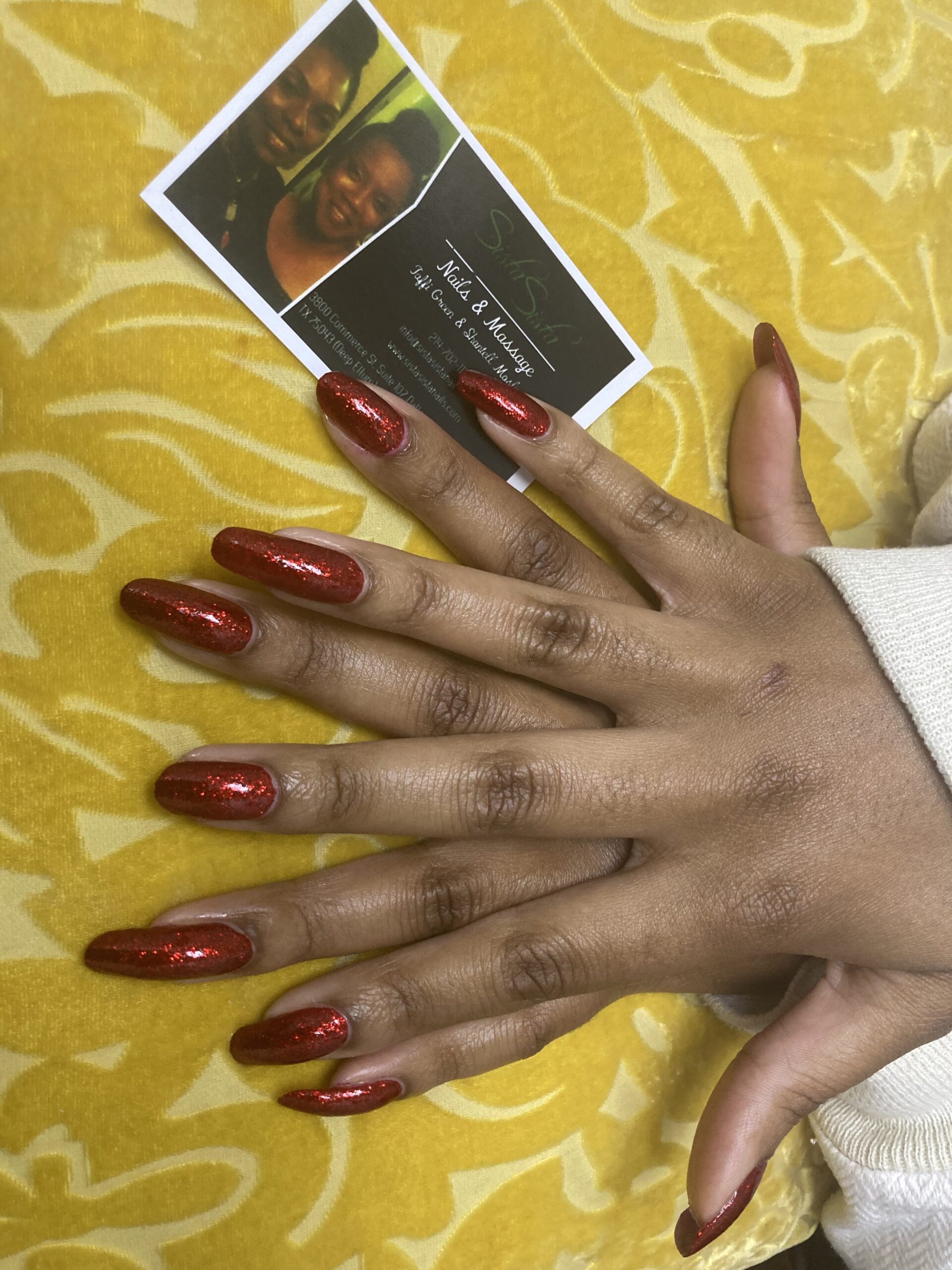 For Barnum-Mosley and Green, what has set them apart from other nail salons is their use of waterless (dry) manicures and pedicures. This method replaces the typical soaking method which uses hot water to continuously clean/prepare your cuticles, with hot towels, cream, exfoliation and aromatherapy oils. According to Barnum-Mosley, this offers a more luxurious experience for clients.

Barnum-Mosley stated that the longevity of the business and its continuation over the course of the pandemic can largely be attributed to their clientele.

“We owe a majority of this to our loyal clients. The believers, those who are hooked on our services and thrive on the experience. They’ve stuck with us and when we call on them, they come,” Barnum-Mosley said.

As for what Sista Sista Nail Spa has planned for 2022, they are getting ready for the online launch of their product, Sista Creme. They also hope they can pass their concept and business on to other young nail artists.

“We love hearing from up and coming nail techs who are ready to break into the business. If we can get enough committed artists, we could certainly have a great brick and mortar location that caters to our culture,” Barnum-Mosley said.

Three Advocacy Organizations To Celebrate All Year Round

The #Metoo Movement and Black Women

Three Advocacy Organizations To Celebrate All Year Round

Pride month should not be the only time we search

I had the opportunity to attend the screening and panel

The Black Trans Advocacy Coalition: Servicing the Community For a Decade