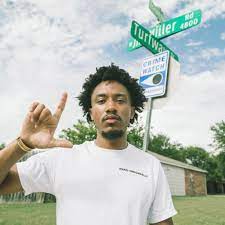 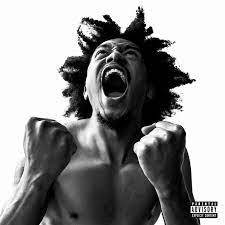 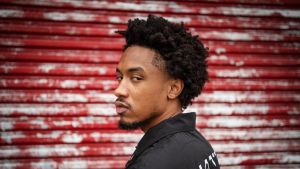 We are witnessing beautiful times in Dallas right now musically. When you think of Texas and music by Black artists, sometimes people just don’t associate a music scene with Dallas even though we display some of the best concerts and musical performances. But, the Dallas music scene is rising quickly.

One of our most notable artists is rapper Bobby Sessions, a native of Dallas. At only twenty-something, Sessions has already won a Grammy for his contributions to Megan Thee Stallion’s Savage Remix. If you don’t know Sessions, now is the time to get to know the rapper who calls himself “A Legend in Texas”.

Now, this is no overnight success, but it has been a constant manifestation of cause and effect. We will get to that in a bit.

Sessions’ love for music came from his father’s musical obsession, adding that his father would buy speakers and other stuff besides things they were supposed to spend money on. His father was very fond of jazz music and typically played it all day. That was the beginning of his musical influence.

As a freshman at the University of Texas, Sessions attended weekly poetry open mics that always closed with a freestyle segment. He knew that he had something to add to those segments and took a shot at it. He would write his verses, memorize them and perform them. After seeing the audience’s reaction, he knew this was his path.

In a COSIGN Magazine interview, Sessions said, “Your gift is the thing you do extremely well with the least amount of effort. When what you love is in alignment with your gift.”

But, it’s not just about the music. Being influenced by motivational speakers such as Napoleon Hill and Tony Robbins, he loves the idea of people controlling their own destiny. This is where the Law of Attraction comes in. Sessions is a big believer in manifesting your dreams.

Motivated by those two things, he made his independent debut in 2015 with the record LOA (Law of Attraction) and followed up with Grateful both released by the record label, High Standardz. His manager Jeremy “Jdot” Jones brought the record to the attention of label Def Jam. In 2018, he was signed to Def Jam.

Through Def Jam, he released the title track for The Hate You Give soundtrack, RVLTN (Chaper 1): The Divided States of AmeriKKKa and RVLTN (Chapter 2): The Art of Resistance, and “Like Me”, an indictment of America’s unkept promises from Chapter 1, which was dedicated to his cousin James Harper who was kill by police in 2012.

Sessions believes that through the Law of Attraction and manifestation you can manifest your dreams. But is this a new concept? Not in the least. Remember in Erykah Badu’s song On &On, the lyrics “Peace and blessings manifest with every lesson learned”. Badu and Sessions may be on to something. Well, they do both have Grammys.

Something very noticeable about these two artists is that they both seem to evoke a free-spirited way of thinking, which is very refreshing in a world that loves conformity, and also two artists that combine lifestyle and music, which is revolutionary and somehow educational for the listener.

Sessions’ latest release is teaching us more with his latest album MANIFEST. According to Billboard, Sessions wants people to view this album in the same lens as the popular books The Secret and Think and Grow Rich. He wants people to look at it as a guide to manifest their dreams. He wanted to get his messaging across in a more entertaining way with a perspective that can connect with a lot more people. Sessions says that it’s his best body of work thus far. Sessions declares that the entire album is a form of manifestation, and it was recorded in 10 days at Westlake Studios, a place with a history of creative energy. This is different. This is unique. We love it.

You can get your manifesting power on by listening to songs like Champagne In a Phantom, Gold Rolex, and Heaven on Earth.

When speaking of the legacy he wants to leave, Sessions says, “I want people to say that he revolutionized self-help”. He helped people gain control over their thoughts and maximize their potential.”

“We ain’t from the same cloth, cuz I’m cut

When we think about music and Dallas respectively, preferably

The Business of Black Love: How It’s Been Commodified