Over 35 years ago, my father died and became one of walking dead. What I mean by this is that he died but was brought back to life.  I was in my college dorm room when I got the call from my younger sister that something had happened to my Daddy. She was crying uncontrollably, and I could barely make out what she was saying. The only thing I could understand between her sobs was “Daddy had died but was on his way to the hospital.” I immediately hung up the phone, grabbed the keys to my car and rushed out of my room. I could barely control my emotions and drive as fast as I could to the hospital on the other side of town. All that kept running through my mind as I sped in rush hour traffic was what could have happened.

I found out what my sister meant when I got to the hospital. He had actually died but was brought back to life by a next-door neighbor who knew CPR. EMS technicians then transported him to the hospital where we got the diagnosis that he had both sleep apnea and heart arrhythmia. Because of the sleep apnea, he’d stopped breathing while he was taking a nap.   While he’d stopped breathing, his heart had also stopped beating. He stayed in the hospital for months as doctors worked to repair the damage to his heart and vital organs.

Part of the solution for his heart arrhythmia was to install a defibrillator which would shock his heart back to normal rhythm if it ever stopped again. When the heart stops, the machine sends a bolt of electricity that my father doesn’t even feel…but it keeps his heart beating on time. We didn’t completely understand how an electrical shock wouldn’t bring him more pain, but we were glad that they were able to keep him alive.

Psalm 37: 4 says that if we delight in the LORD, he will give us the desires of our heart. Delighting in God means that we make a conscious decision to follow his will even in the most difficult circumstances, even if those circumstances include a broken heart. When our hearts become weakened or even dead to sin, God sometimes allows jolts (disappointments, setbacks etc.) to get our hearts back on rhythm.   Psalm 51:17 also reminds us that “The sacrifice you desire is a broken spirit. You will not reject a broken and repentant heart, O God.”

In other words, I never thought that having a shock to the heart would be a good thing.  I remember some “shocks” that have jolted my heart.   What these jolts did was remind me that even though I thought my “heart” was right, I still needed to work on genuine forgiveness. Like my Daddy, I didn’t realize that I had a problem with that issue, until something happened that broke my heart. In the healing process, God showed me how that jolt was not intended to “kill” me but merely to show me that my heart needed to be strengthened. 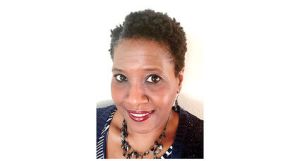 Shewanda Riley, PhD, is a Fort Worth, Texas based author of “Love Hangover: Moving From Pain to Purpose After a Relationship Ends” and “Writing to the Beat of God’s Heart: A Book of Prayers for Writers.”   Email her at preservedbypurpose@gmail.com or follow her on Twitter @shewanda.

Preserved by Purpose : Lessons of Sisterhood  from The Woman King (part 2)

Preserved by Purpose – Lessons from The Woman King: Scars and Limps: But Still Walking

Preserved by Purpose : Lessons of Sisterhood  from The Woman King (part 2)

By Shewanda Riley “Do not give away your power.” This

Preserved by Purpose – Lessons from The Woman King: Scars and Limps: But Still Walking

By Shewanda Riley “Scars are the mark of a warrior”

Renée Horne: Taking on the “Boy’s Club” in the Auto Industry