Over the course of the pandemic, many youth turned to alternate hobbies and activities to take the place of their pre-pandemic extracurriculars. For some, that meant taking up individual sports (like golf, swimming or tennis), in which you could keep a safe distance from others. For nine-year-old Lennox Carrington, he turned to hardcore gaming.
“I was gaming so much — from when I woke up in the morning at 8 a.m. to when I went to bed around 9 p.m. My parents weren’t happy about it,” he said. “It really messed up the way I felt about participating in any sport, even track, which is my favorite.” 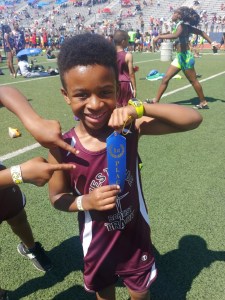 Prior to the pandemic, Carrington played football, soccer and ran track. He was considered a multi-sport athlete with natural ability in any sport he attempted. However, when the pandemic hit his dad enrolled him in golf lessons twice a week and pulled him out of team sports.
“Golf was okay but very boring. I think because I don’t really get to go against anyone exactly. I don’t get to run or show my speed,” he said.
Carrington first joined the Westside Baptist track club in 2019 when he was six. That summer, he consistently placed first in the 50-meter dash, 100m and 400m runs and second place in the 400 x 400 relay where he was first leg. He and his relay team made it all the way to State in College Station. 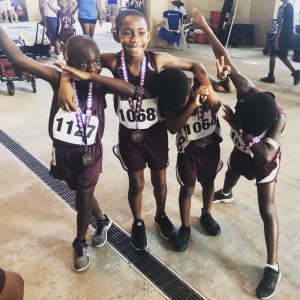 Summer of 2021, many sports resumed in-person, Carrington rejoined his track team. This time around (due to gaming) he was less focused and his run times suffered.
“Coach moved me from first leg to running third leg,” he said. “At the time, I wasn’t bothered by it. I kept feeling like I could do better if I wanted to.”
What made Carrington want to do better was his parent’s ultimatum. They reminded him that his team relies on him and when he doesn’t do his best, the whole team suffers. 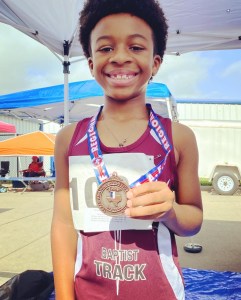 “I knew what I had to do, I had to do what I could to be there for my team. It was really late in the season by this point, but I trained and increased my run time little by little,” he shared.
The Westside boys 10U relay team made it to State again and though not the victors, they managed to improve their run time by 12 seconds from the pre-Covid year. You can follow Lennox Carrington on Oowee Sports Nation as he continues to develop and improve his athletic abilities.

By Ebony Carrington of Oowee Sports Nation Team: HSAA and

The Dallas Weekly Proudly Celebrates Women in a Special Edition

The Business of Black Love: How It’s Been Commodified