There are many youths who look up to the greats in their respective sports and strive to achieve the same high standards. For 12-year-old Marsai Johnson, her inspiration has been LA Lakers VIP Lebron James. Like James, Johnson aspires to a work ethic of determination, adaptability and talent.

“I like LeBron because of his personality, there’s no one else like him,” she said. “He sets his mind to whatever he wants to achieve and actually does it. That’s what I like, that’s what I want.” 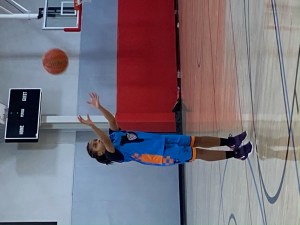 It’s that same mindset demonstrating boldness and conviction that pushed Johnson from simply trying out basketball at the age of six with her older brother to where she is now (six years later) — a point guard gearing up to compete in the 2022 Euro Youth Basketball Cup in Barcelona. According to the competition, organized by European Sports Events, it is considered one of the most prestigious international basketball tournaments in Europe. It aims to bring together men’s and women’s basketball teams from all over the world. It will be held June 17 to 19 with boys and girls categories of U12, U14, U16 and U18.

“Competing in the tournament wasn’t originally something I considered doing, but I was pushed to try out for the team and made it,” Johnson said. “It was a goal I set for myself, and now I want to bring home a first place trophy.” 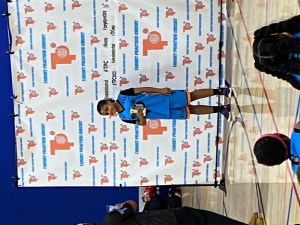 Being a female in a traditionally male sport isn’t something that bothers Johnson. She’s played on a boy’s team before and on a girls team that played against boys (the boys team refused to play the girls team). She shared that she enjoys the challenge, it pushes her to be her best self so she can effectively compete against and beat the opposing team — male or female.

“Being able to strengthen my abilities on the court is what’s most important to me. If that means playing the stronger team, that’s what I’ll do,” she said.

From rotating on two different teams with daily practice, Johnson’s primary goal has always been to build her skill set. Though she feels she dominates in her passing, she has been building up her shooting game by practicing with an automatic ball machine.

“This allows me to work on my three-point from all angles, which I plan to perfect and use when we’re playing taller girls,” she said. “I can shoot a three, because they really don’t expect me to be able to do that from certain lines.” 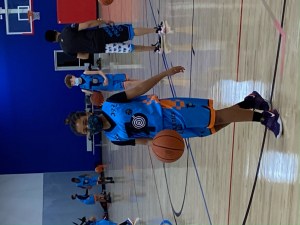 Johnson wishes to one day carry her basketball career over to either Baylor University or University of Wisconsin-Madison and ultimately join the Women’s National Basketball Association (WNBA).

Until then, you can follow Marsai Johnson on Oowee Sports Nation to stay in the loop as she strives to achieve more goals on her road to success.

Clarice Tinsley: All Hail The Queen