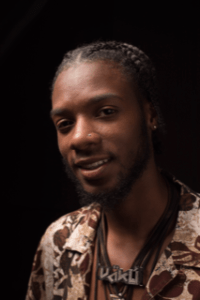 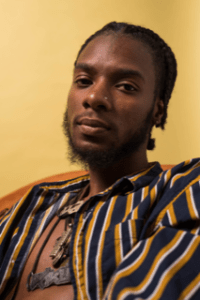 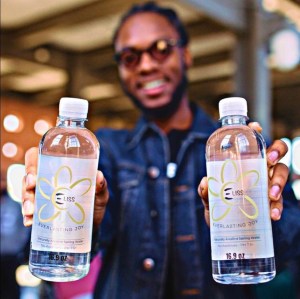 “We ain’t from the same cloth, cuz I’m cut different,” stresses hip-hop artist and songwriter Allay Earhart in his single Different. After my chat with 25-year-old Earhart, this was proven to be true. He’s in a class of his own.

Growing up in New Orleans, his love for music was influenced by his family.

“My pursuit with music began with my Dad. He was a very influential factor. He was once someone who was heavily involved in the street life in New Orleans and I was in a sense following that same path because I looked up to him, but there was a moment in time when an older cousin of mine had lost his life due to gun violence actually on a prominent street in New Orleans by the name of Earhart Boulevard, so that was the reason why I added the Earhart on the end of my name to pay homage to my cousin, who ultimately was the reason I decided to take that straight path and express myself in music,” he says.

And this path has been amazing for him. Of course, this tragic event was life-changing, but his musical influence came from a mixture of his parents’ and his grandparents’ musical tastes.

“At my heart, I am a hip-hop baby but I’m considered to be eclectic in a sense. I grew up in a household with my grandparents because my parents were teenage parents, so I had the opportunity to be exposed to the oldies but goodies, all of the soul and R&B. I listen to that more than hip-hop honestly. The way I choose to express myself is primarily through hip-hop, but I’m a songwriter so I can write any genre,”says Earhart.

Speaking of genres, Earhart says he loves music from artists like Juvenile, Lil Wayne, Soulja Slim, and Nas, but he can also groove to Anita Baker, Betty Wright, and Smokey Robinson. As far as getting groovy with it, he loves Groove City by Chocolate Milk, a funk and soul band from New Orleans.

But Earhart has more talent to add to his roster as a songwriter. He started writing poetry, which turned into music. He mentions Dear Diary, as being his first project in 2013. Things got really serious after that. He skipped his senior trip and decided to use that money to buy his recording equipment. A wise investment into his future.

As far as his style, he doesn’t mind comparisons. He would say that his style is along the lines of artists like Kendrick Lamar, Andre 3000, and CeeLo Green.

“I like people who push the boundaries but still have messaging with what they speak on,” he says.

Earlier, it was mentioned that Earhart is different. He has his hands in many pots at this time, which also includes acting and filmmaking. He and his crew are currently working on a short film called 40 Hours, a musical project, symbolic of staying committed to your craft full time, the same thing you would do at a 9-5, showing actual situations of inspiring artists who are experiencing the ups and downs but ultimately show the reasons why these things are happening, to build character.

I wanted to know where Earhart gets his confidence.

“My mantra is Be you, Be Vaku. I’ve learned that being in tune with yourself is one of the best things that you can do, one of the best discoveries you can make,” he says.

“At one point I would find my identity in group settings, wanting to people please and make people happy but what I realized, the one thing that helps me be ultimately who I’m destined to be once I believe and accept who I am,” he says.

The entertainment industry can be a lot, especially for young artists, but Earhart has some things in place to help stay grounded.

“I come from a very spiritual-based family, but for myself, once Hurricane Katrina happened where I almost lost my life, that was a moment where I was able to have a divine intervention in a sense and I knew that it was something that was greater than me, so in that moment when I started to build my relationship with God has always been the reason how I stay grounded,”he says.

If that wasn’t enough, Earhart also owns a bottled water company along with his mother called Eliss, which was just contracted to work with the Louis Armstrong New Orleans airport.

Another project he is working on is called Project Great Habits, Great Heights .

“It pays homage to Dallas because I moved to Dallas. It speaks about developing a new mindset and reaching heights or goals you inspire to reach. Dallas is the first place I’ve been to and witnessed philanthropy acts so, it holds a special place in my heart,” says Earhart.

Earhart makes sure to give back as well, working with non-profits like the 4DWN Project, which empowers youth and communities through recreation, cultivation, education, and conversation.

You want to get to know Earhart, as he will be performing at his home base at Essence Fest in New Orleans this June/July,  which is a full-circle moment.

Allay Earhart is in his own lane and the path is gearing towards major success.

When we think about music and Dallas respectively, preferably