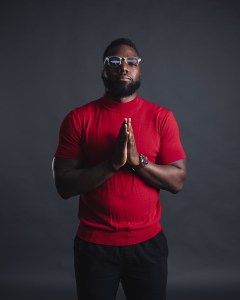 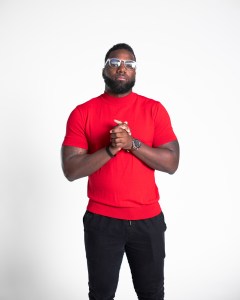 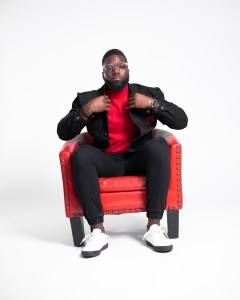 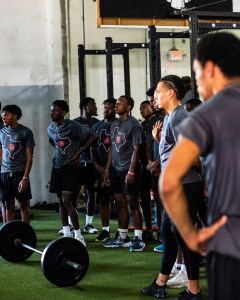 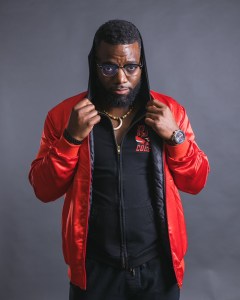 How many people do you know that have started a college or school in your community? How many do you know who are African-American? Chances are that you have answered NO to both questions. After you read this, you will at least be aware and be able to answer both of these questions.

Reggie Calhoun Jr. was an athlete who attended college like many people choose to, but as an athlete found that there were a few things that could be improved in the schools when it came to athletics and education combined. To solve a need in his community, he founded RPA College, an independently owned sports academy preparing student athletes for the next phase in their collegiate journey, while competing against traditional collegiate competition.

“Basically the school is based around just athletics. I’m a former athlete, I went to college, I went to a small school, I bounced around a lot of tries trying to chase the athletic dream and my education so I knew there were way more kids out there who were like me so I wanted to create a platform for them to be able to experience the collegiate life athletically and still chase their education dream whether it’s a career in entrepreneurship, trade, certificate, or the traditional route,” says Calhoun.

As you know, there are schools such as medical school and law school, but there is no school specifically for athletes. Calhoun believes that the learning style is different, they have a different language and a different way of being taught and coached. He wanted to create an atmosphere where the competition didn’t stop off the field, it was in the classroom too. Being around like-minded people is encouraging and promotes doing your best. He wanted to have a program for athletes only where they still can take part in the natural things.

“If I’m in a classroom with someone who is in pre-med and I’m an athlete, if someone in pre-med gets an A, I’ll say well, you’re supposed to get an A. But if I’m in a class with all of my teammates or all athletes, and they get an A, I want an A too. It’s just a different viewpoint on what I should be doing if people do what I do are achieving different things. It was never about teaching them differently but putting them in an environment where they can feel free to learn and be that “nerd”. You can be the smart guy on the field and everybody praises the smart guy but when you’re in the classroom, you don’t get that same praise of being “the smart athlete” unless other athletes call you smart,”, Calhoun says.

But, it wasn’t super easy to start RPA College. There is some red tape to get through of course.

Calhoun had to find a strategic partner who could provide the education side first. We’re talking accreditation. If you’re a bit green about accreditation like I was, this process can take years to gain. In a nutshell, getting this stamp involves paying a membership to the entity that can declare YES along with their specific requirements. He partnered with those strategic partners, and then followed up with getting games, players, practice, and training. Once you have the education portion in place, you can fly.

“Whenever you decide to do something different, you’re gonna always have people with pushback so trying to introduce a concept that’s been around for hundreds of years and that’s called the gap year. Some people hold their kids back in kindergarten, some people hold them back in eighth grade, some of them hold them back because of grades in general and they get time to mature. So we introduced this same concept post-high school, so we give them a year, year, and a half to mature to figure out what life is going to be like. So the biggest hurdle was showing something different. It’s not a four-year school, it’s not a trade school. So what is it? It’s a facilitation of education and athletics to guide athletes to the right direction of where they wanna go because a five-year average athlete graduates college in six years, but it’s supposed to take four. So why are we on this path of six years? Because we’re chasing sports. So if I can get everyone on the path of finding the right school, finding the right career path, we eliminate some wasted time in school.

The recruiting process includes traditional recruiting such as going to different high schools, and camps, as well as building networks and relationships with various universities.

When Calhoun started RPA for the first year he was doing everything, all of the recruiting, which included visiting cities like Houston, but today he works with five strategic partners and 8 coaches, and 3 on administrative staff.

And if you are wondering about success, it’s totally visible.

“My very first recruit at RPA, the first guy to get a college offer after RPA, the first one to create a business, he’s our business partner, he’s our director of media and marketing now and traveled to two countries with me already, he’s 23 years old. He’s a walking billboard to what RPA,” he says.

Campus Confidential: College In The Black Community, Going and Staying

Campus Confidential: College In The Black Community, Going and Staying

Where Have All The College Students Gone? College enrollment has