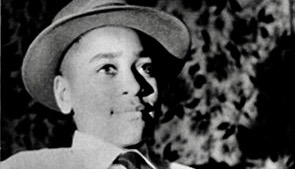 Named after Emmett Till, a 14-year-old African American savagely murdered by a group of white men in Mississippi in 1955, the legislation received push back from three Republicans – Andrew Clyde of Georgia, Thomas Massie of Kentucky, and Chip Roy of Texas.

President Joe Biden on Tuesday, March 29, signed into law the Emmett Till Antilynching Act of 2022, which makes lynching a federal hate crime.

Earlier this month, the bipartisan measure passed both chambers of Congress.

Named after Emmett Till, a 14-year-old African American savagely murdered by a group of white men in Mississippi in 1955, the legislation received push back from three Republicans – Andrew Clyde of Georgia, Thomas Massie of Kentucky, and Chip Roy of Texas.

Each were the lone votes against the bill.

Emmett Till’s murder sparked the civil rights movement which ultimately led to bills like the Voting Rights Act of 1965 and other social justice laws.

“I could not have been prouder to stand behind President Biden as he signed the Emmett Till Anti-Lynching Act into law,” National Urban League President Marc Morial stated.

“The act of lynching is a weapon of racial terror that has been used for decades, and our communities are still impacted by these hate crimes to this day,” Morial continued.

“This bill is long overdue, and I applaud President Biden and Members of Congress for their leadership in honoring Emmett Till and other lynching victims by passing this significant piece of legislation.”

According to the bill’s text, “Whoever conspires to commit any offense … shall (A) if death results from the offense, be imprisoned for any term of years or for life.”

“(B) In any other case, be subjected to the same penalties as the penalties prescribed for the offense of the commission of which was the object of the conspiracy.”

The House finally passed the bill on a 422-3 vote.

It passed unanimously in the Senate.

“This is a moment of historic consequence. Despite more than 200 attempts to make lynching a federal crime over the past 120 years, it has never before been done,” added Congressional Black Caucus Chair Joyce Beatty (D-Ohio).

“We are proud Congressman Bobby Rush remained steadfast in championing this critical legislation,” Beatty asserted.
“This bill clearly conveys our nation will no longer ignore this shameful chapter of our history, and the full force of the U.S. federal government will be brought to bear against those who commit this heinous act.”

Lynching counts as a longstanding and uniquely American weapon of racial terror that has for decades been used to maintain the white hierarchy,” said Rush (D-Illinois).

“Perpetrators of lynching got away with murder time and time again — in most cases, they were never even brought to trial. Legislation to make lynching a federal crime and prevent racist killers from evading justice was introduced more than 200 times, but never once passed into law,” Rush stated.

The founder of the Illinois chapter of the Black Panther Party, Rush previously promised to do all he could to push the legislation through before his retirement.

The congressman recalled that he was 8 years old when he saw photos of Emmett Till’s brutalized corpse in Jet Magazine.

“That shaped my consciousness as a Black man in America, changed the course of my life, and changed our nation,” Rush affirmed.

New Jersey Democratic Senator Cory Booker noted that between 1936 and 1938, the national headquarters of the NAACP hung a flag with the words “A man was lynched yesterday.”

“That was a solemn reminder of the reality Black Americans experienced daily during some of the darkest chapters of America’s history,” Sen. Booker remarked.

“Used by white supremacists to oppress and subjugate Black communities, lynching is a form of racialized violence that has permeated much of our nation’s past and must now be reckoned with,” the Senator continued.

“Although this bill will not undo the terror and fear of the past, it’s a necessary step that our nation must take to move forward.”

By Scott Blair School shootings have risen yearly since 2010