Author, philanthropist, national recording artist, LeTitia (aka Titia) Owens is a collective of funny, talented, inspiring, and a force of strength and energy. In a world that can easily differentiate between the elite and aspiring there is one who can bridge the gap with love, laughter, and the celebration of life. Titia Owens is a native of Dallas, Texas. She graduated from Arts Magnet (school for the performing arts) where her major was Music. She then pursued Music education at Texas Woman’s University.

After attending college, Titia would then join the R&B group 1st Impression which would later be renamed Ashanti. The group Ashanti went on to sign a record deal with Scotti Bros. where they would release the single “Something’s Wrong” (Bump n’ Grind) which was a response to R. Kelly’s single “Bump n’ Grind”.  After touring and working with some of the greats such as Mint Condition, Lo-Key, Sounds of Blackness, and Prince, the group turned their direction to transition into another familiar arena… gospel music. After Titia moved back to Texas, she pursued a gospel music career singing background to strengthen her craft. Titia would go on to perform with Kirk Franklin, Fred Hammond (who she released a Homeless Anthem with), Tasha Cobbs Leonard, Byron Cage, Myron Butler, and many others. After singing behind so many she became front and center with her own group Titia and Project Identity made up of Charity, Kendra, Lanecia, and her daughter Chyna. There have been several singles released and the group is working on new music and a musical production. Titia and her group have provided special music for conferences, parties, awards ceremonies, and gala events.

Due to her heart for mankind and once living in her car, Titia is a philanthropist and CEO of Where Are You Outreach for the Homeless. She is on the City of Dallas Homeless Commission where she has served for several years. Titia recently received the ‘President’s Lifetime Achievement Award’ from President Joe Biden for her lifelong commitment to serving those in need. You can find her on the different platforms training on hospitality and giving back. After overcoming homelessness, Titia began using her vocal ability to uplift the homeless and needy. After realizing there were so many people that needed to know they were loved, the Lord gave her the song: Where Are You? (written and performed by her and Gospel Artist Fred Hammond).  She began her nonprofit soon after in 2014 and her organization has served and fed over 10,000 through monthly events. Titia also has her hand in social media marketing and graphic design. Titia is the co-owner of her husband’s media & video company at Owens Media Production where they provide space for all to create content and build their brand maximizing their media located in Duncanville, TX.

Titia Owens, known as the “Soul” in Soul food by her Pastor Dr. Tony Evans, is a light in Dallas, Texas. She can be found building, hosting, and serving the DFW Metroplex at large. At her core Titia has the heart of her community and culture in mind. Upon entry into a room, she will draw any audience into her high energy and love-filled flow. The joy of her personality and comedic prowess will affirm that there are no strangers, only people she has yet to make an acquaintance. As a resident in Dallas, Titia and her family provide unyielding support in ministry through her non-profit organization Where Are You Outreach (WAYO), her home church of over 20 years, Oak Cliff Bible Fellowship, along with the City of Dallas Homeless Commission as board member appointed by the City Council. 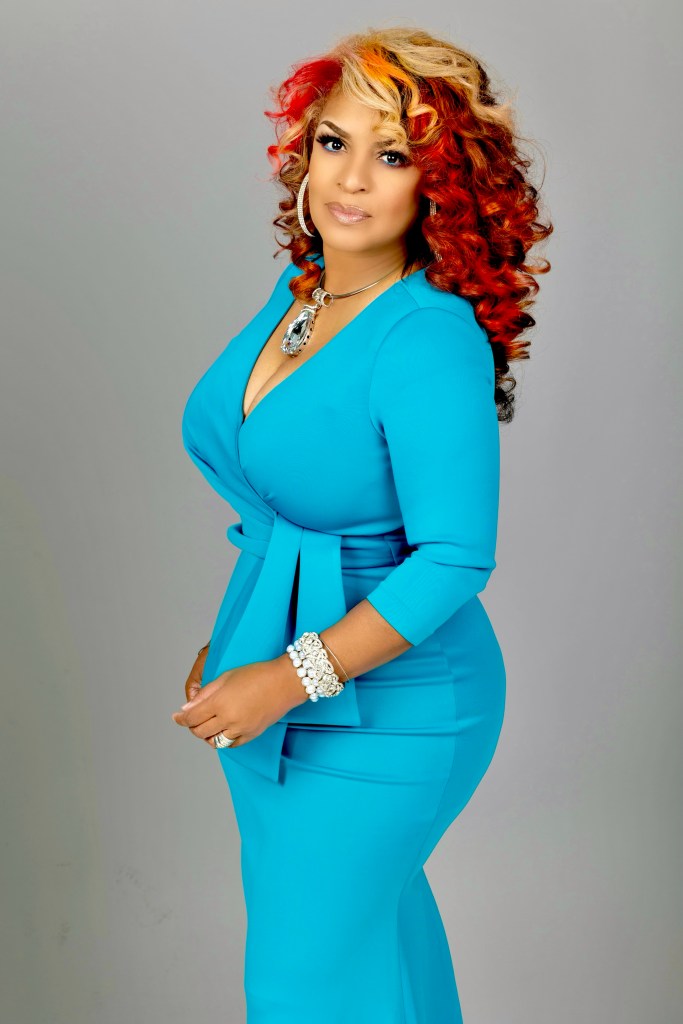 Titia has earned the accolades of becoming a radio host and partner of several businesses. Her beauty, comedy, fashion, and style has allowed her to become Brand Ambassador for highly acclaimed boutiques and small businesses. Titia has been a beauty advisor for over 30 years and is now CEO to her daughter Chyna’s cosmetic and fragrance line CHYNA DOLL BRAND.

Titia has assisted 12x Grammy Award Winner “Kirk Franklin” as his personal wardrobe stylist + background singer for years. You also may have seen her on OWN Network as she was the liaison for introducing Kirk Franklin to his wife Tammy as displayed on BEHIND EVERY MAN. She can be found on Amazon Prime playing Norma Jean on the sitcom Shayla’s Catch Prequel. You can also find her playing Chiquita in Fred Hammond’s virtual play titled Surviving Williams.

Titia has added another title to her already impressive repertoire…author. On her February 14th birthday of 2021, she released the pre-order of her debut self-help book “HOW TO GET RID OF A MAN”. Based on her own life, the book gives you vivid experiences of using your power to create life or death in a relationship. She has overcome many obstacles and is now a successful businesswoman while giving back to those in need.

Titia is the wife of J Wayne Owens, with 2 children of her own (Chris and Chyna) and 2 bonus children through her husband (Jared and Kelsey). She thoroughly enjoys hanging out and spending time with her family and celebrating them.

Titia was told as a little girl she was destined for greatness and as you can see she is still on the move.

“I popped one off.” : Rethinking Police Use of Deadly Force