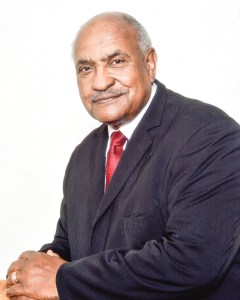 The attack from within on democracy has never been as clear as the demonstration we witnessed during the Senate Judiciary Committee hearings on the nomination of Judge Ketanji Brown Jackson for the U.S. Supreme Court. What we witnessed was half of the democratic process upon which our constitution stands, abandoning its duty to “uphold the laws and to protect this nation from all enemies, foreign and ‘Domestic’”. When we refer to “half” of the democratic process, we mean that the process involves both parties, the Democrats and the Republicans.

Historically,  the two parties have represented the conservative and liberal policy attitudes of the nation. But this has been within the confines of the Constitution and its guidance. We saw the same White Republicans who praised the nomination of the less qualified Amy Coney Barrett to the Supreme Court, attack Judge Jackson on legal issues while ignoring her qualifications for the  job based upon an established record with more than 500 opinions which were available for review.  The many attacks on her decisions in criminal cases as well as some of her actions as a defense attorney, were never expressed to Judge Barrett. There were many questions on abortion rights and how  Judge Jackson might rule, while Barrett, during her hearings, was allowed to simply state that she could not speak on matters either before the court or that might come before the court. The difference was clearly race related when one considers that Judge Jackson has survived three Senate confirmations prior to this one, with many of the same Republicans voting for her. The difference: this vote would place a Black Woman where many of them think she should not be, despite her qualifications.

In addition to her being a federal judge with a proven track record; her Harvard law education and U.S. Supreme Court clerkship with the very Justice she would be replacing, her confirmation is expected to be one of 50 Democratic Senators voting for her and 50 Republican Senators voting against her with Vice President Harris, as President of the Senate, being the tiebreaker in favor of Judge Jackson,

This same U.S. Senate never held a confirmation hearing until Louis Brandeis, a Jew, in 1916, who was confirmed by a vote of 47-22. He went on to serve for 23 years with respect and influence. Clearly, that has established that White nominees are treated differently than some people of color. Such an attitude is racist on its face and makes a hypocrisy out of the idea of “equality under the law”. America should look very closely at how the Senate votes and remember those who oppose such a qualified nomination for what clearly is no reason other than race.

Vanna Collins, a Dallas native, is a mom, Leo, Braid

Ethos Equity paving the way for Diversity, Equity and Inclusion in Dallas