Focus, concentration, composure, mental preparedness — all the things an athlete needs to be at the top of their game. For football and track junior athlete, Gatlon Cryer, it’s a requisite that he intends to maintain amidst the current challenge he’s facing of a season-ending injury.

Last season, the seventh grader competed and battled through an injury during track season that he sustained into football season. At the start of track training in February, it was determined he had a pelvic avulsion fracture — a piece of bone tore away from the site where the muscle attaches to the bone. General causes of this type of injury is due to sports or activities that involve speed and sudden stops, like track and football. According to the American Orthopedic Society for Sports Medicine, adolescents whose bones are still growing are at a higher risk for this type of fractures. 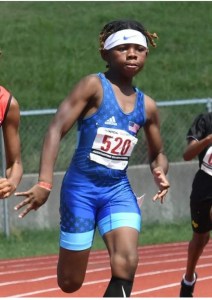 “I knew I wasn’t myself [at the time], but I’m a selfless competitor and fought to keep going for the sake of my team and coaches,” Cryer said. “Believe it or not, resting and not being active is a hard ordeal for me. Moving and competing is what I know, so my biggest challenge is staying still.”

His passion and drive to push forward has gotten him to the Junior Olympics four times and a 18-1 football record (which qualified his team for Nationals this past season) and an overall record of 2 picks, 28 touchdowns, 300 tackles, 58 tackles for loss overall.

“Sports has always been about competing at the highest of levels, and I’ve been blessed to reach the top in both track and football,” he shared. “Football success is achieved by being a great teammate and track is about surviving on my own.” 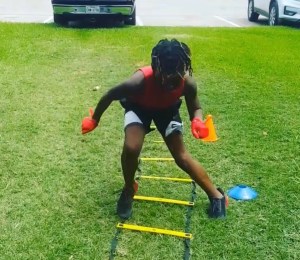 “Everything takes work and that’s one of the things my dad has always taught me. Work harder so that I can compete easily,” he said. “Being an example of hard work for each sport will always remain my goal and mainstay.”

He looks to local phenom Brayden Robinson, a 14-year-old who broke the 200m National record in 2021, for inspiration. He shared that he’s studied Robinson for the past two years and really admires his work ethic — it’s without shortcuts and pushes Cryer to do better. Ultimately, he hopes to make it on the podium at the National level in the 200m in track. His top five college picks are ambitious with Alabama State University, Ohio State University, University of Texas at Austin, Louisiana State University and Oregon State University all in his lineup. 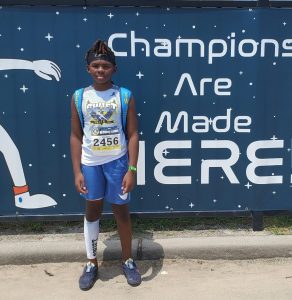 “Playing college ball would be a dream come true for me,” Cryer said. “I know accidents will happen no matter the plans we make, but we must take the good with the bad and just push forward.”

You can continue to follow Gatlon Cryer on his road to recovery and continued athletic success on Oowee Sports Nation, a network for youth athletes.

The Mavericks opened up the first quarter on fire from

Time’s Up for Clarence Thomas Being on the Supreme Court