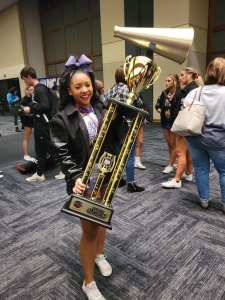 three-time cheer Summit Finalist (with hopes of winning in May).

For the past six years, megaphones, spirit sticks, pom poms, headbands, hair ties, crop tops, cheer briefs, and the unmistakable white shoe (with DOn’t quIT handwritten on the soles) have been life for 17-year-old Johnson.

“I feel like I’ve had a great run in cheer. I’ve accomplished more in these few years than most dream of in a lifetime,” she said. “Winning a National Championship is a big deal, and I’ve earned it three times.”

Johnson transitioned to cheer in middle school after she’d taken gymnastics since she was four. She started competitive gymnastics when she was seven, but determined it wasn’t her path after receiving 10th place in a state meet.

“As much as I loved gymnastics, I was never going to be an Olympian due to my age and where I needed to be in my skill level. So, transitioning my tumbling skills to competitive cheer just made sense,” she said. 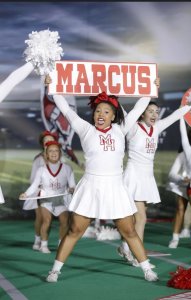 Johnson credits her work ethic as what’s helped her rise to the top of her skillset. With three set practices per week as a whole team, multi-skill training with her stunt group and solo private lessons that lasted late into the night, she worked hard for the placement and accolades she received.

“With cheerleading, you get to mix incredible athleticism with creativity in a way no other sport does. There’s nothing like getting everyone on their feet and making jaws drop with an amazing routine,” she said. “People you have never seen or even met before want you to succeed, and that’s an amazing feeling.”

Johnson shared her love for all-star cheerleading because it stresses dedication, sportsmanship and the value of friendship. Each year, as the season progresses, a team of 20 individuals (who likely didn’t know each other) eventually morphed into a tight-knit group that depended on each other and became like family.

“There are so many things I’m going to miss about cheer, especially the relationships,” she shared. “I’ve been asked if I plan on continuing in college, and I think you gotta know when to ride off into the sunset — you wait till you’re at your highest moment.” 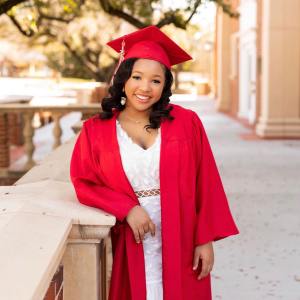 Johnson’s top college choices are Texas Tech University and Oklahoma University. Follow her on Oowee Sports Nation to stay in the loop as she strives to win Cheer Summit and makes her college pick.

Are candidates truly speaking to the issues that concern to

10-year-old Bailee Kenney has been tumbling since age 2, and