On May 3, the news broke that the United States Supreme Court has voted to strike down the landmark Roe v. Wade decision, which enshrined certain privacy rights that protect access to abortion. The decision was made public after an initial draft opinion was leaked to and reported by the publication POLITICO.

While anti-abortion advocates have focused nearly exclusively on the leak in an effort to make themselves the victims in a scenario where the court decided in their favor, pro-choice advocates across the country have leveraged the leak to mobilize protesters and future voters. That mobilization resulted in protests in cities across the nation on May 3, including two here in Dallas.

The protests focused primarily on abortion access but also focused on the shared plights of marginalized groups in places like Texas. “Women’s and LGBTQ Liberation Now!” one protest banner read.

The largest protest was organized by the Dallas-Fort Worth chapter of the Party for Socialism and Liberation. It drew one hundred people to Dealey Plaza for speeches and a march through the downtown streets. That march made its way to Civic Garden outside the federal courthouse, just a few blocks away from the building where the original Roe v. Wade case was argued.

A second protest was organized at Civic Garden where a few dozen people gathered at the behest of the Afiya Center, the only reproductive justice organization founded and led by Black women in the state of Texas. They listened to speeches from members of the Afiya Center and other activists, who emphasized the critical importance of abortion access.

“This is an attack on our healthcare, because abortion is healthcare,” said Marsha Jones, founder of the Afiya Center. 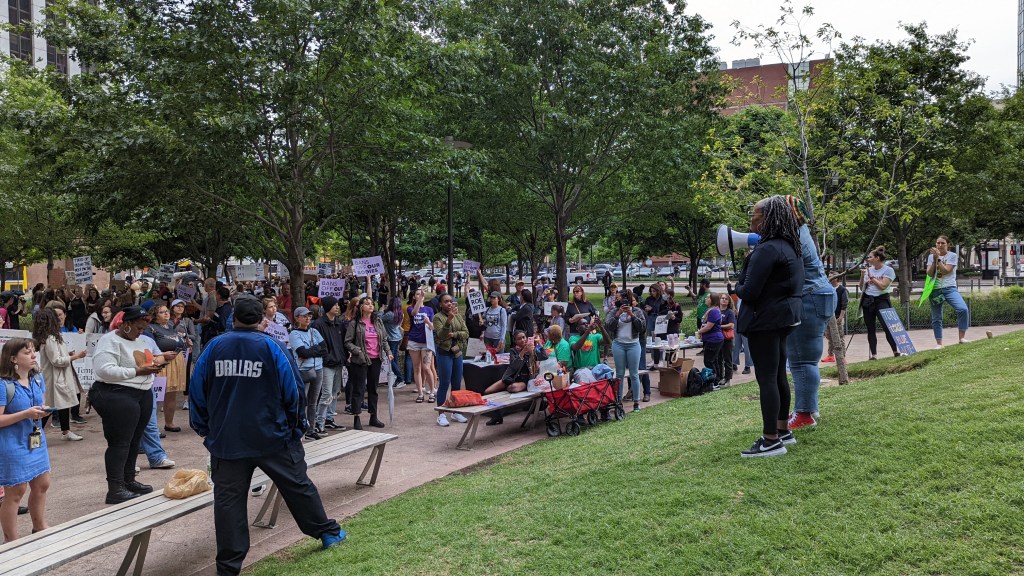 Indeed, in many cases the only viable treatment that can save a woman’s life in the event of an ectopic pregnancy is abortion, and experts fear that overly broad abortion bans will result in unnecessary pregnancy related deaths. Ectopic pregnancies occur when a fertilized egg starts growing somewhere other than the normal lining of the womb. Somewhere between 1 in 50 and 1 in 100 pregnancies are likely to be ectopic.

The rolling back of Roe v. Wade means that abortion is no longer federally protected and that states will be able to place whatever restrictions they want on access. In Texas, that means a near total ban on abortion access.

Protecting abortion access in Texas would require either a federal law superseding state law or major political sea change at the state level. But electorally displacing the Republican lawmakers who seem unlikely to stop with abortion — and have already made clear their intentions to go after gay marriage next — is no small task in a state where electoral boundaries protect Republican majorities while diluting the power of voters of color.

What’s more, it’s not just Republicans who stand opposed to abortion, but also Democratic politicians like Congressman Henry Cuellar of Texas — whose campaign has received support from top congressional Democrats in the face of progressive pro-choice challenger Jessica Cisneros and national outcry for a more aggressive push to protect abortion access.

Disillusion with such contradictory Democratic politics is perhaps why it was local socialists and Black women who were the first to mobilize in Dallas. In Texas, there are those who cannot afford to wait around in the absence of institutional leadership, particularly those in the working class who cannot afford the expense of getting out-of-state abortion care should the draft opinion become final. 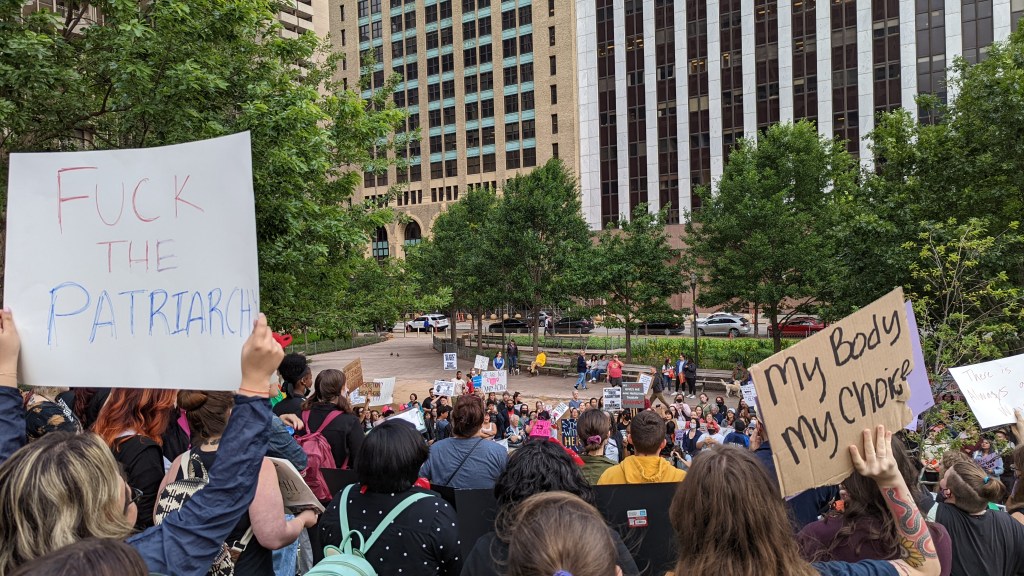 Dallas Has No Place For LGBTQ Hate