In a time where police incompetence seems to be more prevalent every day, there needs to be a discussion of how law enforcement was never meant to “protect and serve.”

The Origins of Modern Policing In The South

According to the NAACP, modern policing in the South extends from slave patrols, which began in the early 1700s, and they typically used excessive force in order to get slaves to behave as they desired. Slave patrols continued until the Civil War ended and the 13th amendment was passed in 1865. Once Black Codes were created and enacted that same year, however, militant groups replaced them to enforce the new set of rules, limiting access to labor, income and voting rights for Black people. These limiting rules continued into the 1900s with Jim Crow laws, where municipalities created police departments to execute them, which continued until the end of the 1960s. Though it has been argued by some that this is the past of America and not America as it exists today, (which is what an Op-Ed by the American Enterprise Institute argues). However, this has been disproved through racial bias and police brutality research. In one study that examined two million 911 calls that took place in two cities, it was found that white officers in Black neighborhoods fired their guns five times more than Black officers who were brought to the same neighborhood (according to research from 2020). 2021 data from Princeton University also provided counter-evidence to a study that suggested that anti-Black and anti-Hispanic disparities in deadly shootings were nonexistent, showing that the white officer shot 50% of Black civilians, while Black officers shot 5.6% This data suggests that the racial biases present in the police did not stop after the civil rights movement ended. It has continued to be an ongoing issue.

In many ways, police are encouraged to participate in misconduct rather than rally against it through the loopholes and comforts of their careers.  Officers are only given around 21 weeks of training overall. Of that, 71 hours are allotted to firearm training as opposed to the 21 hours of de-escalation training they receive. In fact, Maria Haberfeld, a professor of police science at John Jay College, argues that police training in the United States is more focused on violence than on enforcing communication tactics.

“Most of the training in the US is focused on various types of use of force, primarily the various types of physical force. The communication skills are largely ignored by most police academies.

This is why you see officers very rapidly escalating from initial communication to the actual physical use of force because this is how they train,” Haberfield said.

There is also the way police officers are regularly recorded participating in acts of misconduct without any lasting ramifications for their behavior. Police who have been fired for a wrongdoing can just be rehired at different agencies, like in the case of the officer who shot Tamir Rice, Timothy Loehmann. In the Uvalde shooting, where we have evidence that shows police willingly put children at risk and waited an hour to respond (despite going through recent training that instructed them to confront the gunman in the case of a mass shooting), its believed that there will be little accountability for their actions. In fact, Houston criminal defense attorney Dick DeGuerin pointedly stated that while he found the officers’ actions negligent, that doesn’t qualify as a policy failure.

“The police were doing what police do. They may have been terribly negligent in how they did it. But it’s got to be more than negligence, it’s got to be a policy fault,” DeGuerin said.

Seemingly, police are not given much motivation to not participate in misconduct. They are, to a certain degree legally, allowed to be negligent (as DeGuerin states). They can be fired due to their misconduct and still transfer to different agencies (Loehmann). Officers are given a pass for their carelessness, and that only encourages them to disguise selfish and cruel decisions as an act of negligence. It continues a pattern of officers failing to protect and serve (as they claim to) and having their behavior excused because “their only human.” That humanity should not allow officers to worsen a life or death situation where children are at risk. It should not allow them to get away with failing to protect people despite that being an apparent core tenant of their job. 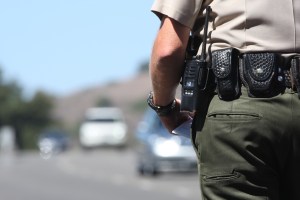 Do I believe that there are people who, on some level believe that police can be good and contribute positively? Yes. But, there is a historical and systemic issue with how police are designed from the ground up. Police are agents of the state, on some level they have to conform to what those who make the law want “good cops” to be, and that likely does not align with being a good person.  The cops who were prepared to attack women protesting against their reproductive rights getting taken away were doing what fell within their job. They were doing what, as awful as it may sound, is right within the confines of their career. It may harm the people, but from a legal standpoint it is the, “right thing.” In cases where officers did do the right thing by speaking out against misconduct they witness, they are punished for it.  Like Cariol Horne, who was first reassigned, then fired (along with given departmental charges) after stopping her colleague from using what she identified as excessive force. In order for them (police) to do true, fundamental good without risking their job, there has to be genuine work to rebuild the system. It was not designed this way. It does not currently exist this way. It has to be made that way. Allocate more time to de-escalation training, make it so that officers who report misconduct are protected by their higher-ups rather than punished. Make it so that officers who participate in negligence face some lasting punishment for their actions. Teach officers to truly protect the people no matter the cost.

A look at the fiscal budget changes you can expect

In light of the overturning of Roe V. Wade, and

Check out Dallas based R&B singer Jada Arnell’s latest video “Rain Dance“. The video is the

This year marks the 7th year of Dallas Startup Week, a week long celebration that brings