In a world where studying playbooks, watching game footage or two-a-day workouts has been the norm, younger generations are leaning toward other (more popular) methods to learn and improve their knowledge of the game of football ⏤ through video games.

Ten-year-old Joseph Wright III is one of those newer generation players. The fifth grader has played the game of football since he was four, so while he possesses a basic knowledge, his time holding a controller introduces more concepts of the game.

In a 2017 Rolling Stone article, it was reported from the Washington Post that high school players and coaches both use the popular EA Sports video game Madden as a tool to hone their skills, learn the game and expand their terminology.

“Playing Madden helps with football knowledge,” he said. “I think it really helps me understand the point of the play and the goal of it. When I pick a certain play, it gives me a better view of what each position is supposed to do.”

Though Wright has spent a fair amount of his time gaming, he credits his core learning and lessons to the time he spends practicing with his North Dallas United team coaches and teammates.

As his team’s wingback/wide receiver, his speed allows him to dominate on the field enabling him to run through the opponent’s defense to score touchdowns or gain yards. 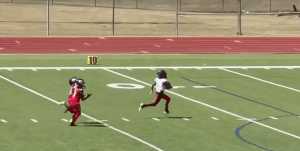 Through the NDU Bobcat organization, aside from sports basics (in football and basketball), youth are taught life lessons and supported through the transition of childhood to adulthood.

“I treat my team like family ⏤ we spend a lot of time together,” Wright shared. “My coaches teach us to respect others on and off the field.”

At present, one of Wright’s biggest lessons/challenges is keeping his cool when the outcome of a game isn’t favorable. 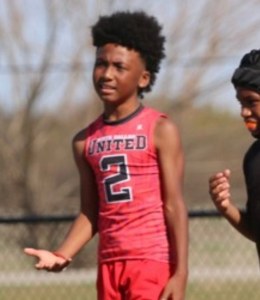 “It hurts when I do my best, yet we still lose a game. We lost in the playoffs and it really got to me,” he said. “I am very competitive, and I put a lot of energy and effort into football.”

In the coming season, Wright’s goal is to Follow Joseph Wright III on Oowee Sports Nation (a network for youth athletes) as he continues to work to improve his strength, speed and agility, so his team can win another championship.

The False Promise of Police

She Reps: CC the Great