It is worth commending local policymakers’ current efforts to solve our City’s digital divide, as there are still 120,000 Dallas residents that are without a broadband subscription at home. Digital equity is a pressing matter, and if the past two years of the pandemic have taught us anything it is that, given the prominent role that remote services play in our everyday lives, all Americans deserve internet connectivity.

First, it’s pivotal that the City Council understands the primary forces causing this portion of Dallas residents to be offline – affordability and adoption. In other words, the barriers preventing them from being online are household income and the inability to pay for a subscription, the price of devices, and digital illiteracy, or the inability to navigate the web. Affordability is a particularly prominent barrier keeping folks offline, as EducationSuperHighway, a nonprofit specializing in digital equity, estimates that those without the financial resources to afford an internet subscription account for about two-thirds of our nation’s digital divide.

What is not causing them to be without a connection is a lack of access to the necessary digital infrastructure – the FCC estimates that 99.9 percent of Dallas has access to three or more broadband providers.

With these dynamics in mind, local lawmakers must decide which solutions will best address Dallas’s affordability and adoption gaps and avoid pursuing solutions that won’t. An example of the latter would be the proposal to fund, construct and operate a duplicative municipally run network. Not only would this approach not make a dent in Dallas’s digital divide, but it would also cost millions in dollars that could go to address other city needs.

Other cities have pursued municipal broadband in recent years and have learned first-hand that it is typically a bad idea, especially for cities with ubiquitous broadband access. The projects often have unforeseen costs and delays, and rarely meet projections. One recent example is Traverse City, where, similar to Dallas, the entire City has access to multiple providers according to the FCC. Despite this, Traverse City decided to pursue its own municipal broadband network, and after sinking millions of taxpayer dollars into the project, has now consistently missed projections for revenue and customer sign-ups. In March of this year, documents showed that the service had less than half of the customers it said it needed to break even.

Traverse City’s financially reckless mistake was done in pursuit of a service that would do nothing to address its affordability and adoption gaps. Following a similar path in Dallas, which has an even more competitive provider market than Traverse City would lead to similar, if not worse results financially.

Instead of making this same mistake, Dallas should focus on promoting affordability and adoption solutions, like the recently created Affordable Connectivity Program (ACP). This federally funded program provides a $30 monthly voucher on an internet subscription for households at or below 200% of the federal poverty level, as well as a discount of up to $100 to purchase a laptop, desktop computer or tablet.

20 of the nation’s leading internet providers recently committed to offering ACP-eligible households a high-speed internet plan for no more than $30 per month, making an internet subscription free of charge for the 48 percent of Dallas residents that are eligible for the program. To increase enrollment in the program, Dallas should invest in outreach and advertising efforts, steps that have proven to be successful in other major cities like New York and Los Angeles.

Helping those impacted by digital illiteracy will require an investment in digital training programs, but fortunately the bipartisan Infrastructure Law included a $2.75 billion allocation toward digital literacy grants. By leveraging this federal funding, Dallas can set up initiatives that educate those impacted by the adoption gap on how to navigate the internet and enroll in low-income internet offerings.

Our city’s digital divide is a pressing matter that is in large part driven by a lack of awareness about the solutions that already exist. I urge our local policymakers to invest in initiatives that will amplify programs like the ACP and digital literacy training, which will get unconnected Dallas residents online in the quickest and most efficient manner. 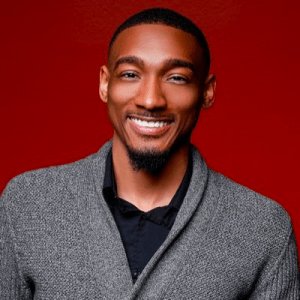 Sean Reed is a proud native of Dallas, Texas. Growing up in neighborhoods known as Pleasant Grove and Oak Cliff instilled in him the values of resilience, perseverance, identity, grit, and service. Sean is currently the Senior Manager of Corporate Social Responsibility with the Dallas Mavericks, managing the Mavs Take Action program. Sean is also the Founder and Chief Executive Officer of Impactful Touch Public Affairs Firm and the President of the Dallas – Fort Worth Urban League Young Professionals.

Not My Son Holds Back To School Festival