Ralph Rolle is a master percussionist who has played with the likes of Nile Rodgers and Chic, Sting, Bette Midler, Bono, Erykah Badu, Mary J. Blige and so many more. He has been a sought-after drummer in the music industry for decades. You’ve likely heard at least one song that he was a part of. I can name tons that I love like Chic’s I Want Your Love or D’angelo’s Brown Sugar. I have a huge list but that may take a while, but I digress. The music is stellar! Trust me. Did you know that Rolle was also an entrepreneur? We’re going to shift gears a bit and dive into cookies? Who doesn’t love a good cookie? I may be biased but I think that most people do right? I won’t debate this. I’m a happy camper because I love the group Chic in which Rolle is the drummer and cookies. So, you can imagine how excited I was to chat with Rolle.

Rolle is also the CEO of Soul Snacks Cookie Company, based out of the Bronx, New York. This company actually started 27 years ago. I was curious as to how Rolle shifted into baked goods.

This is so relatable because I had similar experiences with my grandmother. These moments are priceless and leave the best memories. Rolle later took an opportunity to share his baked delights with the public. 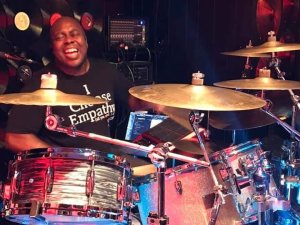 “I was playing an open mic in New York City for a young lady named Melba who has one of the busiest soul food restaurants in Harlem. She was the proprietor of the open mic, and I was the drummer for the open mic. I said Melba, I have this idea. I wanna sell cookies. Can I bring them to the open mic night? Without any hesitation, she was like yes of course and I was like ok I guess I guess I gotta do it now. I had always thought about starting a cookie company, but I just needed the moment, and that moment came. I know me when I get that feeling, I gotta do it because that’s now in that passion category and once it goes into the passion category, it’s a wrap, it’s just something you have to do,” he said.

He worked very hard to bring his dream to fruition and legacy.

“There have been a lot of changes to the company, not the recipe. We just keep developing new flavors but getting the cookies to this market I wouldn’t say it was a challenge but an adventure because we’ve been so many different things. When the company started, I was just going around to different stores. I put together this little kit. I had samples, I had a product,” he said.

I wondered did he ever mention who he was in any of the stores where he pitched his ideas, but Rolle said he never went that route. He worked very hard.

“Nobody knew and I didn’t even tell them. When I would go into these stores, I wouldn’t say that I worked with this person. And you’re the first person to ask that question believe it or not. I should have done it now that you said it, he said jokingly. I would just say Hi, this is my company, and just go from that angle,” he said. 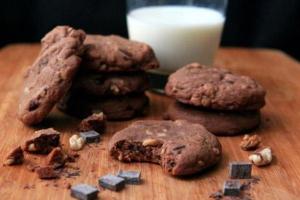 “I do most of my thinking about flavor ideas when I’m driving. Outside of the Down Home Double Chocolate Chip and the Miami Raisin Walnut, everything else was an idea. The biggest idea was the Sweet Potato cookie. I was like this is going to be tough. We finally figured out how to do it. And it’s our softest cookie because there is sweet potato in the cookie. When most people taste it, they say it’s almost like a cake. People love it,” he said.

There is more to come. As of this month, Soul Snacks Cookies will roll into Kroger stores along with Walmart and Walgreens. Rolle also plans to expand his business.

“We are moving to a bigger space. In the Bronx, there used to be a place called The Spofford for youth detention. When I was a kid, your friends, your mother, or your uncle would threaten to send you there. Throughout the years, Spofford got a bad reputation and was shut down. I was invited to be a part of the think tank to come up with ideas on what’s going to go into this big property. Luckily, the think tank that I was involved in actually won the bid to build affordable housing and small businesses in the South Bronx. They asked me if I wanted one of the spaces. I signed a lease on a beautiful new space. It’s going to have twin kitchens, one for our regular line of cookies and one for vegan and gluten-free. Yes, there is a cookie for those who love vegan and gluten-free.

Rolle, along with his partner Bill Yosses (Hulu’s Baker’s Dozen) also plans to incorporate a culinary arts program to train people in the culinary field. Yosses was the pastry chef for the Obama family as well as the Bush family.

“It’s a good thing that this kind of program is coming to the South Bronx because it is one of the most underserved areas in the United States,” he said.

When asked how he came up with the name of his company, the answer was easy.

“I think soul is important culturally. We like to look at soul as a synonymous thing in our communities, but I can tell you as a musician there is soul in every community from the kitchen to the music. Every cookie that we make is made from our soul,” he said.

Also, be on the lookout for his latest addition called FunRaising, where charities can sell Soul Snacks Cookies to raise funds. Think of the same method as selling Girl Scouts cookies.

10 Ways Living in the Present Can Make You Healthier & Happier