Wednesday night, Mavericks guard Luka Doncic was out (rest) on the second game of a back to back against the visiting Houston Rockets. The young Rockets would go on to defeat the Mavs, 101-92 with leading Maverick being Tim Hardaway Jr. with 28 points. Coach Jason Kidd said that “fatigue” may have been a factor for the performance as well as the team as a whole not “finishing at the rim” and “shooting the ball” well. It was a different result when the MVP hopeful returned Friday to face the Denver Nuggets who were without their star, current MVP Nikola Jokic.

The Mavericks would maintain a lead throughout the game and resulted in them beating the Nuggets, 127-99. This would be the fourth instance that the Mavericks would hold their opponent to under 100 points this season and improved their record to 3-1 when they’ve done such a task. Christian Wood (featured image) would score a season high 28 points off the bench.

Center JaVale McGee also returned to the rotation (neck strain) Friday night, finishing the game with 10 points, 4 rebounds, and 2 blocks. He also pulled off a pretty nice spin move. When asked about it, he said, “It felt amazing. You know as a big man you usually don’t get to, well at least me personally, I don’t really to get into my bag a lot unless it’s the summer. So, it felt kind of good being able to do something else besides just catch lobs. But I love catching lobs – let me put that out there.”

The Mavericks will face the Nuggets again this Sunday at home before heading on a three game road trip out East. 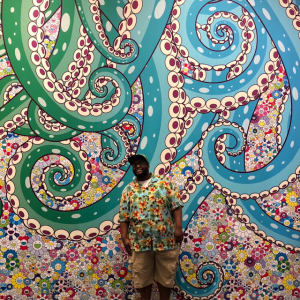 The Dallas Mavericks were back at 2500 Victory Avenue for