After serving the people and making history for fifty years, Eddie Bernice Johnson is ready to pass the torch.

Eddie Bernice Johnson, entered politics after 16 years of working as a psychiatric nurse at the Dallas Veterans Administration, after a push by Dallas Pastor of St. Luke Community United Methodist Church, Rev. Zan Wesley Holmes Jr., entered the race 50 years ago. Holmes and Johnson had initially worked together on a committee designed to raise money for lawsuits, continuing to serve on the committee afterwards. For Johnson, each time she’s felt compelled to continue to re-enter the race.

“Every time I’ve run is because I’ve really been kind of pushed to continue,” she said. “Which I feel is really a compliment, and I’m appreciative of that.” 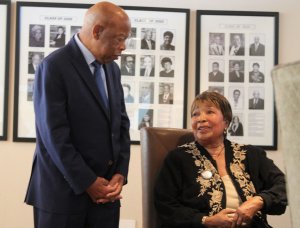 A Texas Christian University and Southern Methodist University graduate, Johnson was elected to her first political seat in 1972 when she achieved a landslide victory and was elected to the House of Representatives, making her the first Black woman to be elected to a public office from Dallas. She also ran for and was elected as Texas state senator in 1986 and in 1992 was elected to the House of Representatives. She began representing District 30 in January 1993, and has continued to represent that district for 28 years and counting. When it came to her role as a new candidate, Johnson stated that it was not something that she gave much consideration to. Her first race however, did put the idea in her mind of what she needed to do. She became aware of what people say during campaigns and learned to let it roll off of her shoulders. For her, honing in on the truth and focusing on what she finds to be important and disregarding the rest.

“That’s kind of the way I spend my time in public office is focusing on what I consider to be important and ignoring that, I think, as a distraction,” she said. 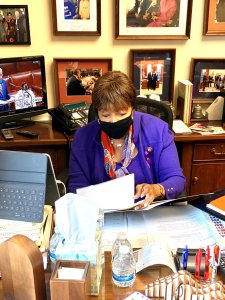 What Johnson feels can help a candidate succeed is not only doing your homework but also achieving a sense of bipartisan ship with colleagues. For her, meeting up with politicians from the other end of the political spectrum in order to help gain support, or to help with drafting or amending legislation. She states that in her years of being in Congress, and what helped her accomplish so much in her time.

“I had been in Congress 26 years, and only in the majority, six of those years. But in those 26 years, I probably did more for my district and for the state than any of the six years. And all of that had to do with the fact that I was willing to go talk with people that on the surface obviously did not agree with me. But they were in key positions that could make or break what I was doing or trying to do,” she said.

One example she presents of this bipartisanship is an incident where she asked a California Republican what she could do with the number of boarded up, dissipating stores that were located in the Downtown Dallas area. He stated that she should start by providing assistance in order to help remove the asbestos from the buildings. This co-sponsored legislation, she stated, ultimately offered tangible change.

“As a result of that we’ve got Victory Park, we got the American Center, we got downtown open, we got those buildings now with people living in them,” she said. “All of that was because a Republican gave me the idea.”

As for the potential difficulties that can sometimes come with negotiating with politicians from the other side of the aisle, she stated that the representatives may not reflect the people in that area and in turn, may not know how to address issues their district may be facing.

“The poorest districts in the nation are not represented by minorities. And also represented by Republicans. And so there are times when you can bring that attention to something that might be useful for your district and there’s. Because very frequently, it is the minorities, who I am touched with the disadvantages much more so than others, especially to take it as an issue,” she said.

She also stated she’s had no issue tagging colleagues in the hall or on the elevator, and asking the questions that she needs to speak with in order to close that gap with conversation. She stated that there has been an issue of extreme partisanship, something that is the result of redistricting. To her, communicating with fellow politicians is the key to avoiding misrepresentation.

“If you start a conversation with them (fellow politicians), and talk about some avenues by which you might be able to work together to get something done, I find that some of them are very open to that,” she said.

For her, the most challenging aspect of a career in politics has been for her, she stated that she often finds an issue with spreading herself too thin. For her, making sure that there is diversity in your schedule and focusing on health as well as keeping an organized schedule. She’s taken her habit of being a night person, allocating her time to reading and researching. Most people are also asleep and it’s a time when her phone has stopped ringing, so she is able to get a lot more done. What has also helped her is staying in touch with constituents through tele-town halls, allowing her to reach as many as 100,000 people. 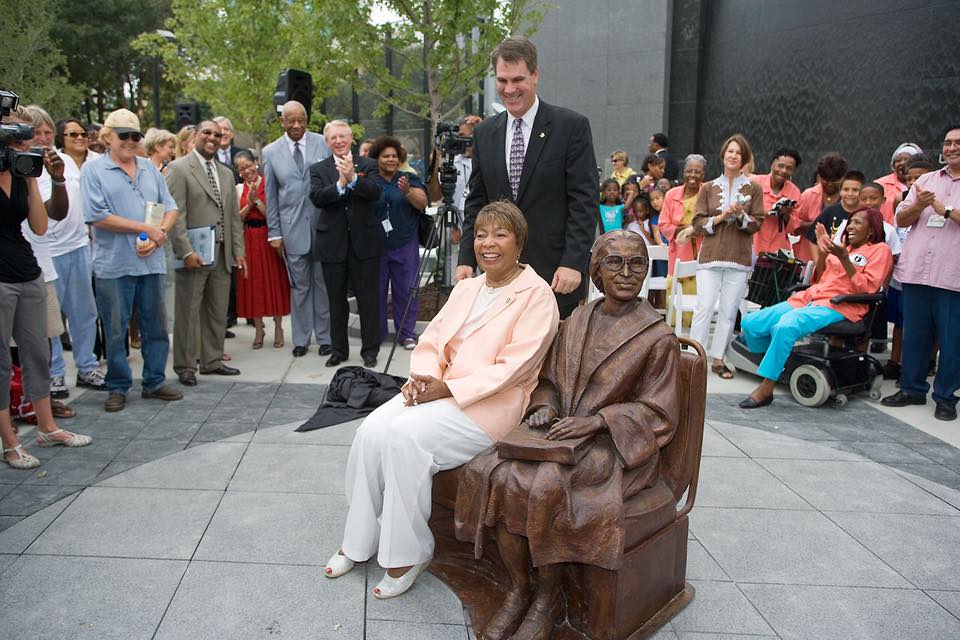 “You have to learn to make sure you don’t forget you’re part of a family, you’ve got to make sure that health wise you have some diversity in your schedule, you’ve got to look out for your health. And so it’s a matter of trying to be organized in your personal life so that you can be in a position to be open to spend many hours doing background work,” she said.

Johnson also stated that a change in districts in her time was the shift to conservatism. She stated that when she was at the state level, the senate  and house were majority Democrats. Now however, it consists of majority Republicans, which she credits redistricting for.

”I think that (redistricting) is the main reason and the main theme of why we have such a tug of war to have the right to vote now, and influencing lines because that’s what determines pretty much who was elected,” she said.

Her status as a historic figure in the Dallas community is something that she credits to her working to stay in touch with constituents throughout her time as a politician. She holds regular sessions with county judges, mayors and staff with all of the municipalities. She also holds outreach programs and activities as well as a wisdom staff and volunteers. She has a fairly diverse group centered in urban Richardson and Plano with groups of Southeast Asians and Turkish who she still works closely with.

“And so I do have relationships because I never left that area which I was representing, I made it a point to make sure that I was in touch with the people that are visiting by listening to them. And, and and we’ll continue to do that until my time is over. I have until January of next year to be in this office,” she said. 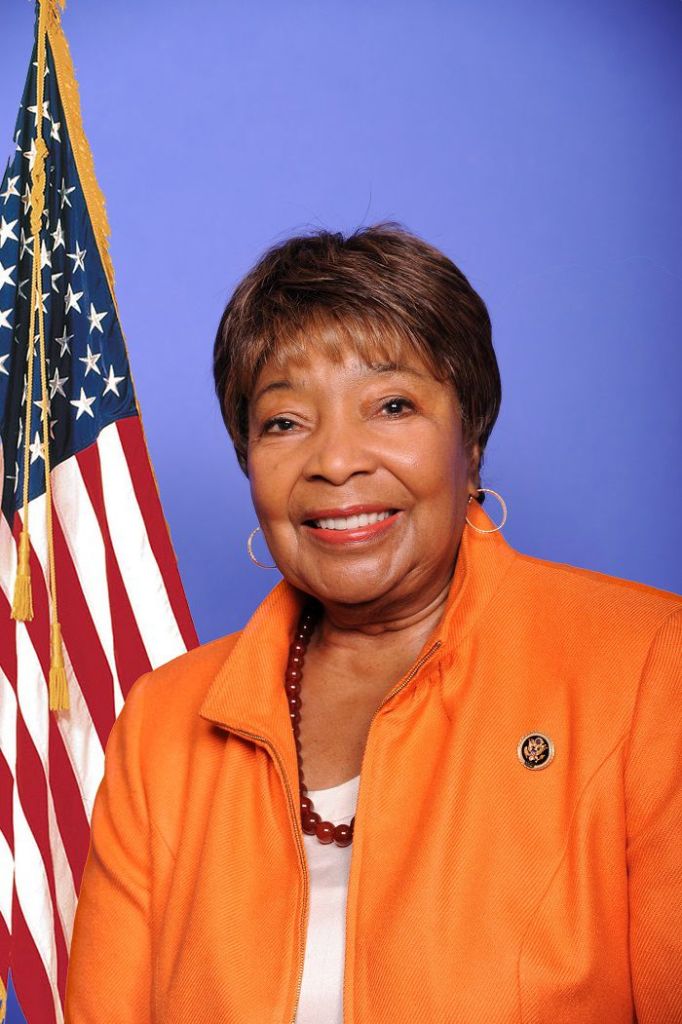 “I always made sure that I was there to be an opinion maker for them and to represent them because we will always be the people who have the least representation, although we’ve always had somebody that was supposed to be representing us,” she said.

As for her decision to endorse Jasmine Crockett, District 100 representative and District 30 candidate, she stated that she was looking for a woman to take her place that was young, had experience and had their head on straight as to what they were running for. A former civil rights lawyer, Crockett was first brought to Johnson’s attention by a colleague.

“Have you noticed how smart she is and what kind of leadership she’s doing. And so I started to notice, then I was contacted by her doing a redistricting and I looked at and observed how hard she was putting her time into it, how knowledgeable she was,” she said.

Johnson  started looking a little closer after Crockett was nominated as Legislator of the year for the National Conference of State Legislators. She wanted someone who could focus on their job in the office and get as much work done as possible. To Johnson, Crockett was an excellent fit.

“ It is really up to the individual, how much comes to the area, what they can do out of their leadership. And I have worked with people that I like who have never done a thing for that district. And I just don’t want anybody to replace me that is like that. But of all the people that I heard we’re going to run and then are running. I think she’s a superb candidate, and superbly qualified and proven ability to get work done and very, very proud of her as a young lawyer,” she said.