A novice politician, long time lawyer and a current history maker, Jasmine Crockett is ready to take over District 30.

Jasmine Crockett does not consider herself to be a politician. For her, “warrior of justice” is a more applicable term. Crockett’s work to push for justice started with her work in the courtroom when she worked as a defense attorney for Bower county. A 2003 Rhodes College graduate who earned her Juris Doctor from the University of Houston Law Center, she branched off and started her own law firm in 2010. Going into her first Capitol in Austin, (whilst in the midst of a pandemic), she was optimistic that she would be able to expand on access to health care, gun reform and putting more resources towards teachers who were putting their lives at risk by trying to teach during a pandemic. Those aspirations however, turned out to be more difficult to accomplish than she imagined. However, that didn’t deter her.

“I am always stepping up to the plate, when it comes to making sure that I represent for the people. Because representation looks like somebody that understands what matters most to us, and is unafraid to go out and fight those bullies. And that’s exactly what I did,” she said.

In her short time in Congress, Crockett has been able to build her credentials. She has also filed several marijuana bills (HB 1609, 2658, 3169, 3170, 1233 and 1178 to be specific) which are designed to cover decriminalization, penalty reduction, medical use, paraphernalia decriminalization. She was also able to bring $50 million to Fair Park in South Dallas via a bill that was carried by one of her Republican colleagues. For Crockett, the passing on of the torch from Eddie Bernice Johnson to her was something she is appreciative of, but her own record as a politician is one that she can stand on.

“Some people say, “Well, you’re just in your first session,” but what I would challenge those people to know is how many other state lawmakers do you even know their name?” Right? “And they’ve been there a long time. And so you know, what she saw was potential. This is about potential.”

Even prior to becoming a politician, Crockett had already developed an established relationship within her community. During the June 2020 George Floyd protests, she marched along with them in the streets. District 100, which she came to represent after an emergency election was held in 2020, holds a little under 200,000 people and Congressional District 30 holds 766,000 people. However, Crockett stated that this wouldn’t stop her from trying. She has been holding a monthly town hall meeting, as well as maintaining visibility on social media and holding robo-calls as well as sending emails and text messages to constituents.

“We do every form of communication possible to make sure that my district knows that we are well connected to them. And we want to hear from them,” she said.

As for the way her background in law has been able to leak into her legislative arguments, she stated that having experience in criminal law has definitely helped with her position on the criminal jurisprudence committee, which writes and blocks criminal law. Her committee members would turn to her because they were aware of her knowledge, training  and history in criminal law.

“I was able to make better arguments, in my opinion, as I sat on that committee about why a bill seemingly was bad, or talk about the unintended consequences that may come as a result of this bill,” she said.

Crockett’s experience in criminal law has also led to colleagues coming to her to ask what more they could do to alter a bill that she informed them she would have to go against because of the unintended effects of the bill if it were to be passed.

“He called me and he said, “What do I need to change? Because, I understand what you were saying now.” And I gave him the changes to that bill. Those are the kinds of things that people don’t know, but I gave him the changes. And that saved, I don’t know how many people from being roped into this law erroneously, because that wasn’t the intent. But, he respected my knowledge in this area enough that he called me because he knew that I knew what I was talking about,” she said.

While she wants it to be known that she has the credentials, Crockett stated that she believes what has been able to really connect with voters has been her voter system of listening and learning from the community. 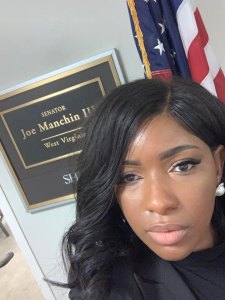 “I don’t really think the credentials is what moves people to decide that they want to vote for me. I think it’s like literally this genuine level of love that I have for my people, and for my districts. And even if I’m not perfect, they know that I’m trying my best. And I’m not doing it because anybody’s pulling my strings. They know that I’m my own person. And they know that I do it from a very real place. And so I absolutely think that it matters to have this kind of what I would consider it’d be relational campaign.

Crockett stated that what she’s been able to bring forward as a politician is her creativity and ability to organize. She authored HB 1272 (also known as Breonna’s Law) which would ban magistrates (civil officers or lay judges) from issuing no knock warrants. She was also able to find common ground with Republicans to get them on board.

“They’re the things that I feel like are necessary to move my district forward. And I am very proud of the record that we had. I’m very proud of the fact that there were bills that were passed, that maybe I had to have one of my Republican colleagues carry,” she said.

As for what she feels makes her a history maker in the eyes of constituents, she stated she didn’t really see herself that way. She does believe what’s helped her gain such high polling numbers (35 points at her last check) is her ability to transcend racial lines.

“I walked in as a civil rights lawyer that believes in equity, and I fight for equity across the board, I can’t say I’m only doing equity when it comes to black folk, I fight for equity in general. And I think that people understand that and appreciate that, because I am consistent, I will enter into a fight for people in general,” she said.

Her background in social justice is something that she’s found to be helpful as well in being a good candidate, specifically for Congressional District 30, which has the highest incarceration rate along with a number of police brutality issues. Her time as an attorney allows her to understand the intricacies of certain laws. A skill that not everyone in the congressional race has.

“Most people can talk about it, but they have never tried one of these cases. They don’t understand the intricacies of these specific laws. There is no one else in this race that understands that regardless as to whether or not they have a law degree, they have not practiced this kind of law and maybe in a different district, it wouldn’t be so important. But in this district where we have been victimized, it is crucial to have someone that really has that specialized knowledge,” she said.

For her, getting the approval and support from the people rather than through any backroom deals. She stated that she was chosen by the people and obtained her position by going out and speaking with the constituents. Not only that, but, as she stated, she has the tangible record to prove and back her political record.

At the end of the day, they can say, “Listen, we saw Jasmine on MSNBC, CNN, everybody. And she was calling out the people that needed to be called out, we’ve seen her work on the floor, because it’s been covered by all of the print media, about the stances that I took. There, they can run video footage on me. Some of these other people have never found video footage of them volunteering, right, let alone serving,” she said.

As for the potential that people may still disagree with the support shown towards her, she stated she’s more than willing to accept criticism that may be thrown her way.

“I believe that I have a record, but at the end of the day, because I fought for democracy, and I really believe in democracy, if the people decide that I am not who they want. Unlike some other people, I accept that. That’s what it is to be an American, is we get to decide who represents us, not the other way around. And so I am absolutely accepting of whatever the people ultimately decide. But I know that the people know me, and they know my heart. And I feel very confident that they’re going to come up with the decision to elect me,” she said.

NotMySon Celebrates 10,000 Served in the DFW

By Scott Blair School shootings have risen yearly since 2010

Preserved by Purpose: TIPs on Getting Your Prayers Answered