Inspiration comes in many forms. For some it’s a quote from a favorite author, a public figure or a family member. For 14-year-old Laila George, her mother and the determination her mother motivates within her to be the best softball player is her biggest inspiration.

“When I was 10 years old, I was still deciding how I felt about softball when I caught an attitude with my coach after practice,” the freshman recounted. “My mom made me spend 30 extra minutes duck walking all around the field in front of my coaches to teach me a lesson. I cried the whole time, but apologized to my coach and promised myself from that day forward that if this is something that I love, then I would put my all into it.” 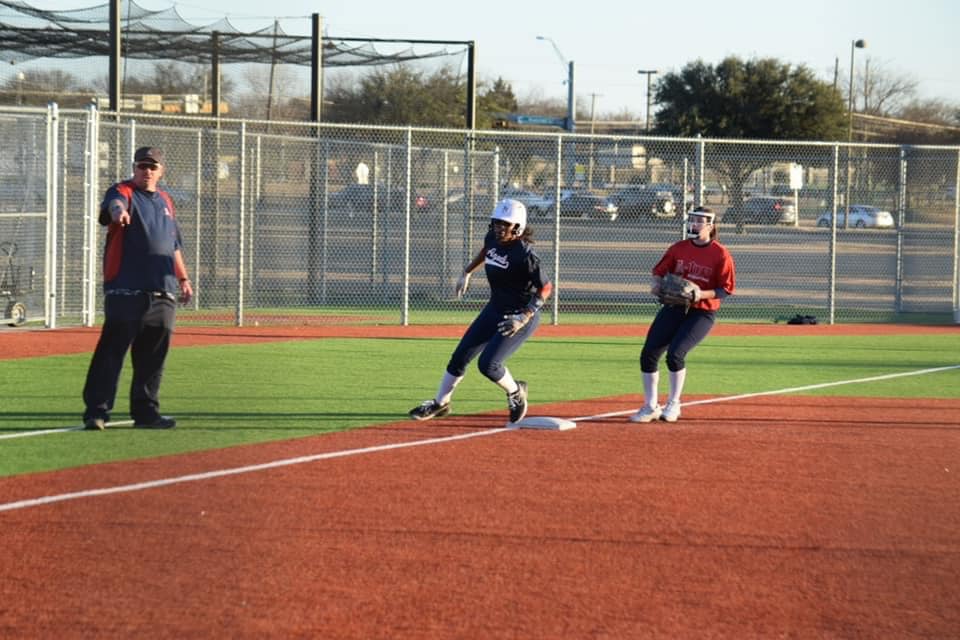 George has played softball for the past seven years after trying soccer and tennis. Her parents enrolled her in softball after she kept hitting tennis balls over the fence. Though she enjoyed tennis and felt soccer was instrumental in teaching her the meaning of teamwork, softball is her thing — where she wants to chart her own path. She hopes to one day be the youngest Olympian to play softball.

“No matter how much I get mad at it, or the drama, I still feel happy every time I step on the field,” she said. “I love pitching and the feeling of getting someone out.”

Over the next year, George set the goal of pitching three shutout games, hitting five home runs, getting three triple plays and improving her hitting. She said the biggest misconception people have about softball is that it’s the same as baseball, which has similarities, with the exceptions of the field, the ball and how pitchers pitch. In addition, people think it’s easy and the players are soft. 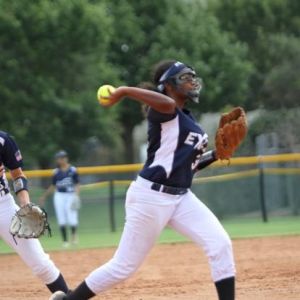 “The best advice I’d give someone interested in the sport is to not let coaches make you think that you’re the worst player, because all great players were like that at one point in their life,” she said. “I have been told to ‘Be patient, my time will come’ and I believe that.
George’s HSAA team record is 2-2. Ultimately, aside from becoming an world-renowned Olympian, she has aspirations of being a collegiate athlete at her top picks: the University of California – Los Angeles, University of Florida or the University of Alabama. Follow Laila George on Oowee Sports Nation as she moves along her journey of athletic excellence.

Jasmine Crockett: Making History A Term At A Time