Many view aggression as a negative behavior, but in sports (according to psychology.com) there are two types of aggression ⸺ instrumental and hostile. Instrumental aggression, most common in sports, is targeted by a goal or means to an end, usually beating an opponent.

For nine-year-old Owen Jones, channeling his aggression on the field makes him a skilled defender on his North Texas Celtics soccer team. It’s what has helped him excel in sports. The fourth grader not only plays academy soccer, but also, recreation basketball and track. 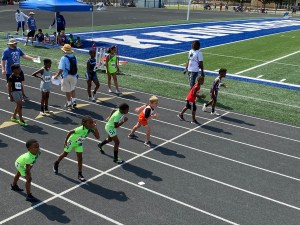 “Owen’s favorite sport is soccer, because he really has a passion for the game,” his mother (Lawanda) said. “He loves that he gets to utilize his speed and aggression, which makes him a really formidable defender.”

Jones’ mother said she’s witnessed many coaches from the opposing team get upset when Jones used his speed to block shots when the opponent appeared close to scoring. Though Jones has found his niche on defense, he’s also played the positions of forward and midfielder.

“Coach Patrick always stresses to the team that it’s more important to focus on developing our fundamentals and skills, rather than focusing on winning,” Jones said. “Coach said once we have strengthened our skills and have a firm grasp on fundamentals, winning games will be the result.” 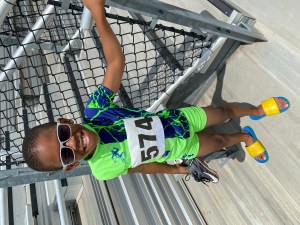 Jones’ goal for the Spring season is to join a select team, so he can compete in more tournaments and travel. With one more year of grade school ahead, he looks forward to building his skillset, for the chance to play soccer in middle school. As an A/B student and budding athlete, his parents have instilled the importance of being both a student and an athlete.

Jones has been accepted into the Denton Independent School District’s Gifted and Talented/EXPOProgram. You can continue to follow Owen Jones on Oowee Sports Nation as he continues on his path of educational and athletic excellence.

By Ebony Carrington of Oowee Sports Nation Having a Mamba

Inspiring Passion at the Ground Level