A student at Lincoln High School in Dallas snagged an award for a thoughtful short film exploring the intersection of peer pressure, masculinity, and consent as a part of the 7th annual NTARUPT Student Film Festival. He was among three Dallas ISD students who won awards for their contributions to the festival.

NTARUPT, short for North Texas Alliance to Reduce Unintended Pregnancy in Teens, has put on the festival for the past seven years in an effort to engage Texas students in thoughtful dialogue regarding sex education topics like pregnancy and consent. Students from Lincoln have participated all seven years under the guidance of their theatre and film teacher, Tony Boone.

One of Boone’s students, David Villasenor, won third place at the festival for his film “That’s Awesome.” Villasenor wrote, directed, edited, and even co-starred in the film. He was joined by his friend Ricardo Morales, who agreed to play the opposite part despite not even being a theatre student. This is the third year that students from Lincoln have taken home an award.

“I didn’t think I would be a part of the finalists,” Villasenor told Dallas Weekly. “I was surprised when it happened.” 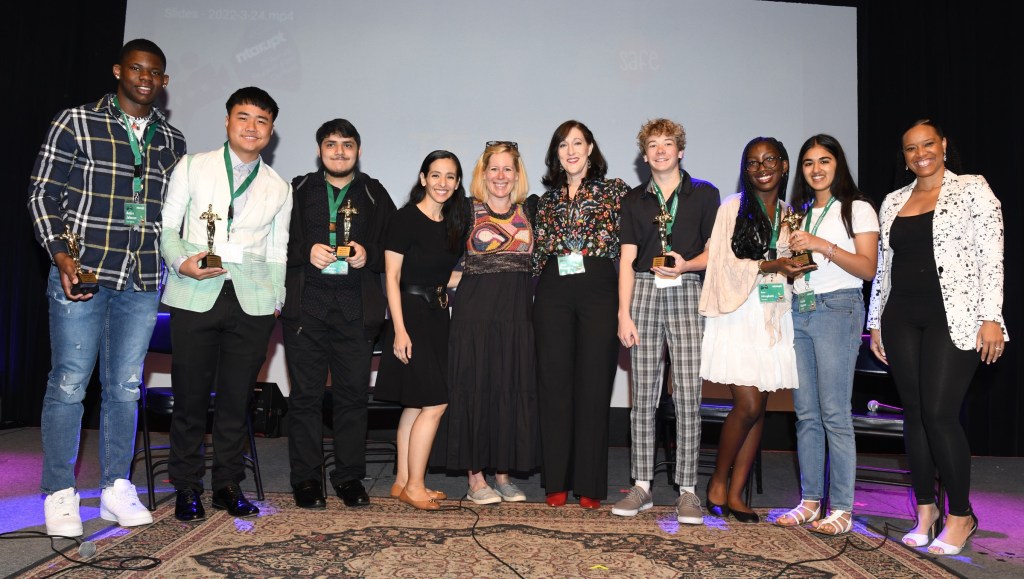 “That’s Awesome” is a two minute short film that explores a widely believed trope that men cannot be sexual assaulted by women. Villasenor and Morales play the roles of two high school students engaging in a common topic of conversation — dating. But Villasenor’s character isn’t bragging or boasting about his latest conquest. He’s trying to confide something to his friend he feels insecure about — being touched without his consent on a recent date. In return, Morales’ character acts as if there’s something wrong with his friend for expressing these feelings and even mocks him for doing so.

“You mean you don’t want to get with the hottest girl in here?” Morales says in the film. “You got lucky for her to not even ask first, you should be bragging about that.”

The short film demonstrates how some young men are treated when they try to open up about sexual assault — particularly young, hormone addled teenagers at the edge of puberty who grow up in a society that uses sex to sell consumer goods and turns prison rape into a punchline. But sexual assault is no joke, and by some estimates, 1 in 6 men are victims of sexual abuse or assault at some point in their lives.

“Sexual harassment towards men is usually treated as a joke,” Villasenor says. “It feels like a huge double standard. And I thought it would be interesting to portray that.”

The film also demonstrates the incredible thoughtfulness and emotional maturity that teenagers like Villasenor can possess while engaging in topics that even adults find difficult to address. Even subtler choices stood out and added dimension to the film, like the decision for Morales’ character to be half-way paying attention to his phone for the entire conversation — using his body to demonstrate that he didn’t consider Villasenor’s emotional crisis to be legitimate.

The filming process was not without its challenges. Morales was unavailable for the last day of filming, so Villasenor had to devise a work around to be able to film the remaining parts without him — something he pulled off through camera angles and deft editing.

Villasenor hopes to further hone his filmmaking skills after high school. Upon graduation, Villasenor will study Film, TV and Digital Media at TCU. As for Morales, the one-time actor, he says he still hasn’t watched the film, and will go on to study Audio Engineering at the University of Texas at Arlington.

“I’m very proud of them,” said Boone. “They’re great students. Even Ricardo, who isn’t in my theatre program. I wish he was, he acted very well.”

You can watch “That’s Awesome” on the North Texas Alliance to Reduce Teen Pregnancy YouTube channel.