Having survived a life-altering bout with Breast Cancer at age 16 years old, Nikia Hammonds-Blakely is an author, singer, songwriter and motivational speaker who focuses her message on receiving physical and emotional healing with the help of God and family.

When she was a sophomore in high school, she found a lump in her breast. Not even fathoming it could be cancer – no one on either side of her family had ever suffered from the disease – she didn’t think much of it. However, during a physical a short time later, her physician suggested performing a biopsy just to be sure. It turned out to be cancer, and a very aggressive form of cancer at that. She was terrified. Her doctors recommended a total mastectomy, but Nikia resisted. Instead she underwent several months of radiation and other surgeries. 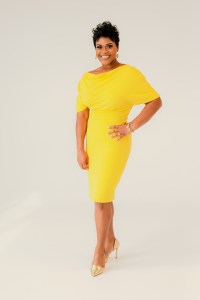 As traumatic as it was, Nikia says her cancer also gave her a resolve she never had before. Until her diagnosis, she says she was only an average student. But once she decided she would beat her cancer and make the most of her life, she earned straight A’s and became the first person in her family to go to college. But she wouldn’t stop there. She would go on to earn an MBA, and is completing her PhD program studying organizational management.

Today, at age 44, Nikia is conquering a life-long struggle with obesity, through a healthy diet and exercise, resulting in a 70lb weight-loss. She says surviving cancer has motivated her to take control of her total health, and she finds great joy in encourages others to do the same. Still, her greatest lies ahead of her.

After discovering pre-cancerous cells during a recent mammogram & biopsy, Nikia decided to take a very proactive step to prevent the likely reoccurrence of breast cancer by undergoing a bilateral prophylactic mastectomy.

Taking her mission of new life and health to a new level, Nikia continues to tirelessly educate young women that the disease can strike at a very young age. She says her greatest opportunity to date, was traveling to the continent of Africa, where she was able to minister to young girls, ages 13 & 14, who were battling stage 4 breast cancer. Nikia rallied the support of her commu 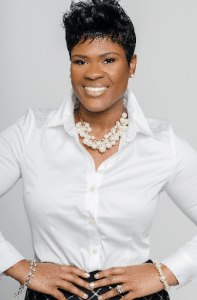 nity and proudly presented young, underprivileged African patients with nearly $1,000 worth of bras, prosthetics and medical supplies and over $115,000 to support the Princess Nikki Breast Cancer Foundation in Abuja, Nigeria.

Nikia’s story and work has been profiled in such media outlets as the Chicago Sun Times, Glamour Magazine, O Magazine, Women’s World, Southern Living, The Yolanda Adams Morning Show, and interview documentaries on TVOne & BET, just to name a few.

Most recently, Nikia has started The CHAMPION Promise Foundation, a non-profit organization dedicated to the empowerment and healthy lifestyles of high risk and underserved women and iCHAMPION Publishing, a Christian-based resource to give voice for up-coming writers. She has also released a new music single entitled “Champion,” along with her memoir “The Fight: Chronicles of a Champion”. `