In an age where we focus on self-care and positive affirmations, it could be argued that we can take things too far in a focus on improving ourselves. How does this sugar coating and forced joy in such a gloomy climate work to harm us for the worst?

What Is Toxic Positivity?

What exactly is toxic positivity, and how does it differ from just being positive? According to Right As Rain, (a health and wellness site by the University of Washington Medicine in Seattle), toxic positivity is when someone dismisses negative emotions, responding to stressful situations with empty platitudes as opposed to offering compassion. As noted by Healthline, toxic positivity does not present itself in one way. It can show in a family member telling you, “Everything Happens for A Reason,” when you’re experiencing the loss of a loved one. Or, when someone is telling you to, “Be positive,” when going through a major depressive episode. It’s an insistence on being positive, no matter how catastrophic the state of the world may be. On the surface, this could seem harmless, if not a little annoying. People encouraging you not to acknowledge your pain and grief (no matter how it may come off) could be an attempt to enable you to not wallow in self-pity. To encourage moving past your hardships rather than focusing on what you can’t change. Ultimately, this can push people to judge themselves for processing emotions that are just part of the human experience. 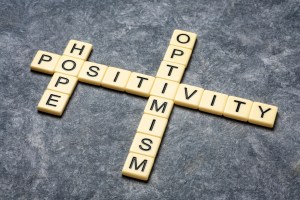 “Judging yourself for feeling pain, sadness, jealousy — which are part of the human experience and are transient emotions — leads to what are referred to as secondary emotions, such as shame, that are much more intense and maladaptive. They distract us from the problem at hand, and [they] don’t give space for self-compassion, which is so vital to our mental health,” Psychotherapist Carolyn Karoll stated.

How Does It Harm Black People?

In an article by Parents.com, “For Some Black Families, Faith Borders on Toxic Positivity,” Terri Huggins Hart states that while religion has often been a healing tool for members of the Black community, it can lean towards toxic positivity that is ultimately unhelpful. In one instance, Tar’Kesa Colvin, a former minister in training, stated that it began to bother her when she would be honest when asked about her well-being, and members of her church would respond with religious sayings. It made her feel like religion was being used as sort of a cure-all for her issues.

“They [made it] seem like because you belong to a particular belief system you’re supposed to be walking on sunshine and it doesn’t [always] work that way,” she says.

As Parents.com points out, faith being intertwined with toxic positivity is particularly an issue in the Black community, where 94% of Black adults stated they believe in God and 60% pray at least a few times per week, according to the Pew Research Center. This of course does not mean all Black Christians share a collective view on religion, but it can create a window for this intense, blinding, positivity to seep through. Being positive and having faith in God is not inherently negative. The issue arises when faith-based positivity is used as a remedy for every issue a person goes through, it can become a problem. A person should be allowed to talk about how their day is going without fearing that if their response is not positive enough, they may be judged, shamed, and pressured out of discussing their issues (which likely could aid in validating and remedying them). Toxic positivity can also translate into how we are taught to handle and address daunting racial issues in America. 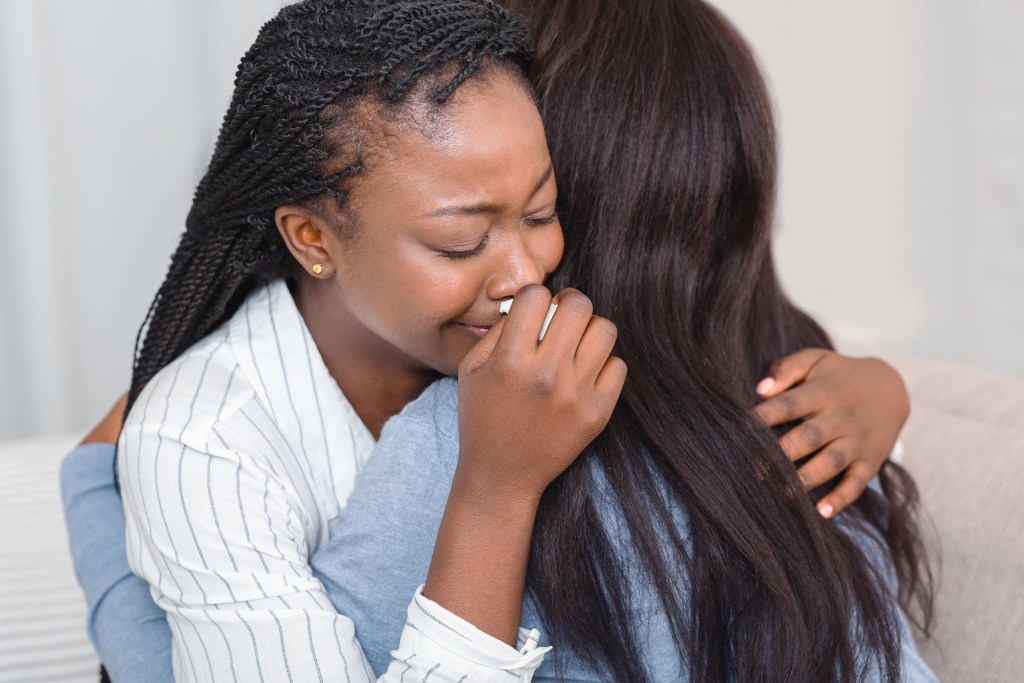 In an article titled, “Toxic Positivity in Response to Racism Isn’t Helpful,” by Tonya Russell, discusses how, in a time of intense and overwhelming racism, trying to push for positivity can dismiss our emotions and undercut our pain. This article was penned around the time of the George Floyd protests, and what the author has been faced with was a Facebook comment which emphasized what they felt was the good in humanity as opposed to acknowledging and sympathizing with the severity of racism.

“We have some racists… but 99.95% of the people you meet are colorblind and don’t have a racial bone in their body. We have some bad cops, but 99.995% of the law enforcement personnel you encounter would risk their lives to save yours. If you choose to see evil, then evil is all you’ll see. As for me, I choose to see the good in people. My heart is full. I’ve got nothing but love for all of you.”

Statements like the one made above are not only tone-deaf but blatantly shoot down what people saw during the George Floyd protests (cops assaulting peaceful protestors, for instance).  Observing and processing cruelty is not choosing to see evil, it’s recognizing an unfortunate reality. The stifling of these negative emotions also ultimately shames those who are just experiencing the normal emotions people feel. In fact, as Russell points out, this toxicity can have a detrimental effect on people’s ability to process these racist events.

“Getting toxic positivity in response to conversations about racism can lead to questioning your own reality, feeling invalidated, or trying to shut off your emotions because of shame,” Russell said.

This can keep people from effectively communicating with family and friends during difficult times (when they are experiencing the psychological effects of racial trauma   (anxiety, depression and avoidant behavior to name a few) and opting to hold it all in because they are aware that they will be dismissed).

Roe v. Wade has been overturned. Mass shootings have been and continue to be an inescapable epidemic. Inflation keeps getting worse and we are seemingly backsliding into fascism. The world feels as if it is collapsing at lightning speed every day and it’s okay to feel that. It is human to be overwhelmed when every day you check your phone and see nothing but suffering. With that being said, wallowing in that pain and misery is ultimately unhelpful. It doesn’t spark a desire to continue to fight for social justice even in the face of overwhelming sadness. It does not inspire you to make the best of every day despite what you are faced with.  In that same sense, painting everything as positive ignores the depressing reality we exist in so much that it makes people doubt how they know they experience the world. If everything is seen through rose-colored glasses, then there is nothing to advocate for. There is no fight if you fail to recognize systemic struggles because reality kills your mood.

By Brianna Patt Dallas ISD [DISD] is offering programs to