Teachers often have a thankless job. Classrooms can be overcrowded, they aren’t highly paid, and classroom safety issues plague schools all over the country [among other problems]. In fact, according to the Texas State Teachers Association [TSTA], there are several points of concern teachers have.

According to the TSTA, the top priority for teachers is their school’s funding. Texas is currently under the national average by $2,300 per year, and the state ranks 36th in the country. The share of the Foundation School Program is down 38%, which leaves taxpayers to make up for the rest.

Compounding that, Governor Greg Abbot proposed to limit property taxes which would further limit spending for schools. However, Texas Comptroller Glenn Hegar proposed that there be a $9 billion surplus in general revenue coupled with an additional $15 billion to the state’s Rainy-Day Fund. With the extra funds, the TSTA believes this will be enough to increase state funding for public education and relieve local taxpayers of their burden.

The average pay for teachers in Texas is $7,300 less per year than the national average. Texas Commission on Public School Finance also recently conducted a study and recommends teachers get “merit pay” instead of a blanket raise across the board. Merit pay is based on students’ test scores.

Health care is always a hot-button issue, and it’s no different for educators in Texas. Legislators haven’t agreed to increase healthcare contributions pending for teachers since 2002. Currently, the state only chips in $75 a month per employee. When you include rising healthcare costs which are taking a bigger chunk out of teachers’ take-home pay, you can see the problem. However, TSTA says it will renew the case this coming session. They state that they want to do so without raising the cost of retired teachers’ premiums.

There’s been a dramatic increase in school shootings over the last 10 years. In fact, they’ve increased by over 800%.

The TSTA does not want teachers to be armed in school. Instead, they want an increase in funding to provide safer classrooms. TSTA is seeking more funding to increase the number of counselors and boost mental health services. They also want extra funding to improve security measures and infrastructure while adding to the number of law enforcement officers.

Vouchers divert tax dollars to private schools. They can also be called tax credit scholarships or education savings accounts. All of these undermine public schools.

Education Problems in the Black Community

According to the National Education Association (NEA), the black community faces problems with funding. Schools that serve minorities and disadvantaged youth need adequate funding. Achievement gaps are another issue. The latest census numbers show that the percentage of blacks 25 and older with a high school diploma is 72%, while the percentage of whites 25 and older with a diploma is 85.5%. Plus, the percentage of blacks with a bachelor’s degree or higher was 14%, and for whites, it was 27%. These problems can be fixed by increasing learning gains and also by increasing diversity and cultural competence in the teacher workforce.

As you can see, teachers and the black community in Texas have an uphill battle. Lack of education spending and public funds is at the hear of the problem. Also, increasing classroom safety measures and reducing the education gap is paramount as well while creating a better situation with healthcare. 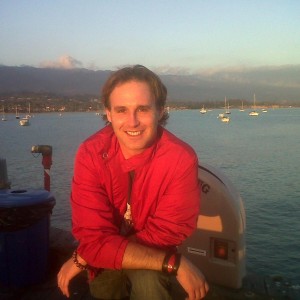 The deal to release Griner was consummated a week ago

Witherite Law Group Partners with K104 & Fiesta to Give Back