The definition of sport is an activity involving physical exertion and skill in which an individual or team competes against another or others for entertainment. Competitive cheerleading meets those qualifications, just ask 10-year-old Bailee Kenney who’s been tumbling since age 2 and cheering on the Onyx Cheer Force squad since she was 5. 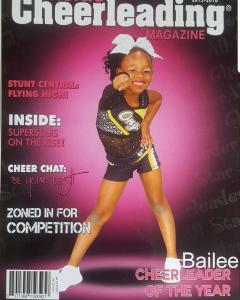 “I enjoy cheer because I get to put all the skills I learned, like tumbling, to use,” she said. “Plus, I really like being a flyer and doing pyramid stunts, but this year, I am trying something different by being a base.” 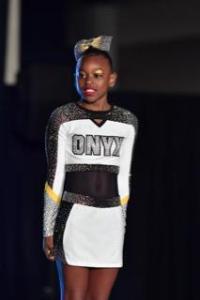 Bases are athletes that hold the flier (or girl on top) in the air during a stunt. They are the foundation of a stunt because they are very strong. One of Kenney’s goals is to focus on core and strength training to stay tight, which will ultimately help her become stronger. Though holding a new position wasn’t something Kenney initially wanted to try, her coaches and teammates were very encouraging.

“My teammate Brooklyn inspired me to not give up on learning a new skill set,” she shared. “I can’t say where my cheer journey will lead me, but I am having a lot of fun along the way.” 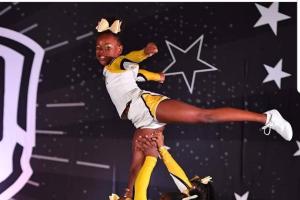 The season of competitive cheer just started, in the past, her team has received cheer bids and traveled to championship competitions all the way to Orlando, Florida. She looks forward to doing it all again — to receiving bids, bringing home championships, and even getting a jacket, a ring and trophies.

“I don’t really keep up with competitors. I just look forward to cheering and having fun,” she said. “If I could inspire other young girls interested in cheer, I’d tell them to ‘Keep putting in hard work, never give up if it’s your passion. You work hard and work towards your goals.’”

Wednesday night, Mavericks guard Luka Doncic was out (rest) on

The Dallas Mavericks were back at 2500 Victory Avenue for